Work on building a pilgrimage facilitation centre and other utilities in Ayodhya's Ram temple complex has started, with 'darshan' of Ram Lalla expected to open in December 2023, according to a senior official of the construction committee. "The construction work of the temple is progressing according to the plan and by December 2023 devotees will have the opportunity of offering prayers to Lord Shri Ram," according to a statement issued on Tuesday by the office of Nripendra Misra, chairman of the construction committee.

"Considering the darshan of Shri Ram Lalla by devotees will open in December 2023, construction work for the pilgrimage facilitation centre, other utilities and infrastructure services in the complex has started," it said.

An estimated cost of Rs 1,800 crore will be incurred to build the Ram temple, officials of the Shri Ram Janmabhoomi Teerth Kshetra Trust responsible for the construction of the structure have said.

The general secretary of the trust, Champat Rai, said on Sunday in Ayodhya that after long contemplation and suggestions from everyone concerned, the rules and bye-laws of the trust were finalised at a meeting.

According to the statement issued by the office of the chairman of the construction committee, the construction work on three floors of the superstructure of the temple, comprising the 'garbh griha' and five 'mandaps' on the ground floor have started "in full swing".

The plinth area is nearly 3,500 sqm, which will act like a solid rock. Proven and tested quality of granite stone was procured from mines in Karnataka and Andhra Pradesh. As the weight and size of stone is large, the road transportation was less efficient to meet the completion schedule, officials said.

Container Corporation of India and Indian Railways were engaged for the transportation of the granite. The railways extended full cooperation and "created green corridor" for transporting the stone blocks which reduced the completion schedule of the plinth by two months, they said.

The National Institute of Rock Mechanics (an organisation under the ministry of mining), Bengaluru was engaged as an expert for monitoring the quality of the granite at mining place as well as at temple complex workplace, the statement said.

The super structure of the temple is being constructed using carved Rajasthan sandstone from Bansi Paharpur, Bharatpur district. The carving and erection work of Bansi Paharpur stone have started and around 1,200 skilled technicians are engaged at mines, workshops in Rajasthan and at site. The quality of stones and workmanship of carving is being supervised by experts, it said.

Nearly 4.75 lakh cubic feet of Bansi Paharpur stone shall be used in super structure of the temple, and till date, 40 per cent of these stones have been carved and available for erection. White Makrana marble from Rajasthan has been finalised for 'Garbh Griha', flooring, arches, railing and door frames in main temple. Accordingly, procurement and carving are in progress, the statement said.

The super structure of the 'Parkota' is proposed to be constructed by using carved red Rajasthan sandstone and Bansi Paharpur sandstone. Construction work of RCC retaining wall and foundation of 'Parkota' is in progress as per schedule, it added.

For the convenience of devotees, the pilgrimage facilitation centre is being constructed. It will have a facility for depositing shoes and other personal belongings, waiting halls for 5,000 devotees, drinking water, toilets, and other utilities, the construction committee said.

The master plan in remaining area of Shri Ram Janambhoomi complex is under finalisation in which temples dedicated to Rishi Valmiki, Acharya Vashisth, Rishi Viswamitra, Agastya Rishi, Nishad, Jatayu, and Mata Sabri have been planned, in addition to other facilities like 'yagya mandap', 'anusthan mandap', 'sant niwas', museum, research centre, library, etc, it said, adding maximum focus has been given to make the area green and devotee-friendly.

The Shri Ram Janambhoomi Teerth Kshetra Trust met on September 11 and took detailed review of the progress of construction. 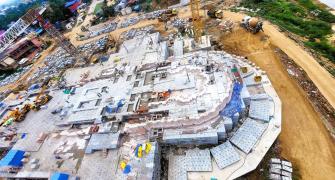 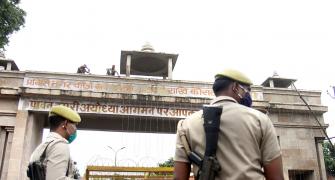 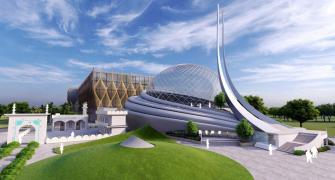 Ayodhya: Map of mosque likely to be obtained soon 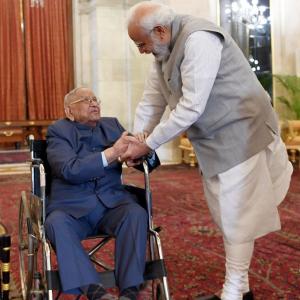 B B Lal, who unearthed Ram Temple at Ayodhya, dies