Flexing his muscles and responding to the anger and angst among party workers, elected members of Legislative Assembly and those who have marginally lost, Congress General Secretary Rahul Gandhi has sent a tough message that strong action would be taken against those who did not work in the interest of the party in the Uttar Pradesh elections.

In a two-day review meeting which ended on Friday, Rahul said he would not tolerate indiscipline, however big a leader may be.

"Kisi ko nahin Bakshenge, saza denge (Won't spare anyone, they will be punished)," is what he said to the assembled MLAs and others. He said that responsibility would be fixed and grassroot workers would be both adjusted and encouraged.

It is learnt that after hearing a lot of home truths about the Congress and its leaders, Rahul is in the mood to fix responsibility, and this may mean that ministers may be sent to the organisation, that there may be changes in the All India Congress Committee and new faces and those who have come up from the grassroots may now be encouraged with positions in the party and government.

It would be a difficult and uphill task for Rahul to manage all this, since senior leaders are all active to ensure the status quo remains and with a great deal of vested interest working in the party, it has become a Herculean task to affect changes.

While Digvijaya Singh is abroad for his wife's treatment, it is interesting that Hashmi, who is the AICC secretary in charge of UP and Digvijaya's understudy is also abroad in the United Arab Emirates.

He is absent from the Municipal Corporation of Delhi elections where campaigning is at an all time high and since he belongs to Delhi, it is not clear why he is not in the capital at the moment.

Khurshid was attacked by Lok Sabha member  begum Noor Bano's son when he told Rahul that Ccentral leaders dictate the political scenario in UP, but they have nothing on the ground themselves as they only come on the fifth and sixth positions during the elections. This was a dig at Salman's wife Louise Khurshid who ended up fifth in the elections.

The newly-elected Khurja MLA attacked Mohan Prakash saying he went to speak to him but he behaved very badly, "Mein party ka ek grass root worker hoon par mujhe unhone bahut beizat kiya (I am a grassroot worker of the party, but he still insulted me)," he said.

A newly-elected Muslim MLA attacked party MP Azharudin, saying despite repeated requests he did not turn up for the campaigning. He said the former cricketer demanded for a Mercedes car to campaign.

The message from the party rank and file to Rahul was that the Congress would be wiped out if corrective action is not taken and if the party leadership does not realise who works in the interest of the party and who is only there either for their interest or to sabotage the party.

Rahul asked the UP Congressmen to prepare for the Panchayat elections and said they must fight the polls seriously whether they be co-operative elections, council or assembly polls. He said this was the first step in the ongoing battle and said he was sure they will emerge stronger and victorious.

After the meeting with the MLAs ended, Rahul convened a meeting of MPs as well as those who had secured 1 lakh votes in 2004 and 2009 general elections but had lost the elections.

It is learnt that the 2009 elections would be put under the scanner as there were complaints of sabotage and wrong ticket distribution, even then though the party put up a more than handsome show and won 21 lok sabha seats from the state. 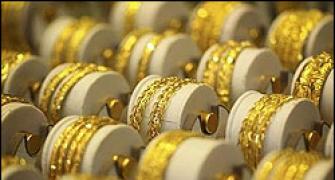