'Won't give up any inch of territory': China warns India

Ahead of talks between military commanders of India and China to resolve the standoff along the Line of Actual Control , Chinese Communist Party mouthpiece on Saturday warned India "not to be fooled" by the United States, which was only concerned in serving its own strategic interest to maintain pressure on China, and did not care about "other countries geopolitical interests".

The Global Times tabloid in a scathing piece said that China will not give up "any inch of territory".

It also warned that if India misjudges and "nibbles away at China's territory," then China will take strong countermeasures.

"We believe India knows very well that China will not be at a disadvantage in any China-India military operations along the border area," the editorial published on Friday in the Chinese government mouthpiece said.

"India should not be fooled by the US," it said, adding that the US supports India every time China and India have conflicts to encourage New Delhi's confrontation against Beijing and to hype new border disputes.

"China does not want to fall foul of India. Good-neighbourly relations have been China's basic national policy over the past decades, and China firmly adheres to a peaceful resolution of border disputes. We have no reason to make India our enemy."

"The US and its allies have established various contact mechanisms with India, making India falsely believe that it is well-supported. But for major powers like China and India, external factors will not substantially affect their relations," it added.

The Commander of the Leh-based 14 Corps of the Indian Army Commander Lieutenant Gen Harinder Singh will meet his Chinese equivalent Maj Gen Liu Lin, who is the commander of South Xinjiang Military Region of Chinese People's Liberation Army today to address the ongoing tussle in Eastern Ladakh between the two countries over the heavy military build-up by the People's Liberation Army along the LAC there.

The two sides have held close to a dozen rounds of talks since the first week of May when the China sent over 5,000 troops to the LAC.

On Friday, officials of India and China interacted through video-conferencing with the two sides agreeing that they should handle "their differences through peaceful discussion" while respecting each other's sensitivities and concerns and not allowing them to become disputes in accordance with the guidance provided by the leadership.

In the last few days, there has not been any major movement of the People's Liberation Army troops at the multiple sites where it has stationed itself along the LAC opposite Indian forces.

India and China have been locked in a dispute over the heavy military build-up by the People's Liberation Army (PLA) where they have brought in more than 5,000 troops along with the Eastern Ladakh sector.

The Chinese Army's intent to carry out deeper incursions was checked by the Indian security forces by quick deployment. The Chinese have also brought in heavy vehicles with artillery guns and infantry combat vehicles in their rear positions close to the Indian territory. 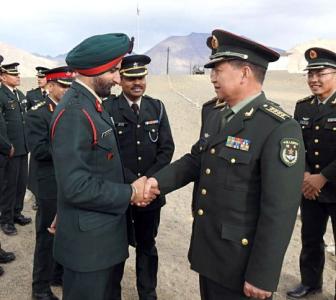 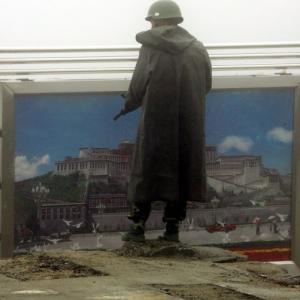