Pakistan Prime Minister Imran Khan on Wednesday claimed that two Indian pilots were detained after their MIGs were shot down, as he cautioned against any “miscalculation” in case of an escalation between the two nuclear-armed countries and offered to defuse tensions through talks. 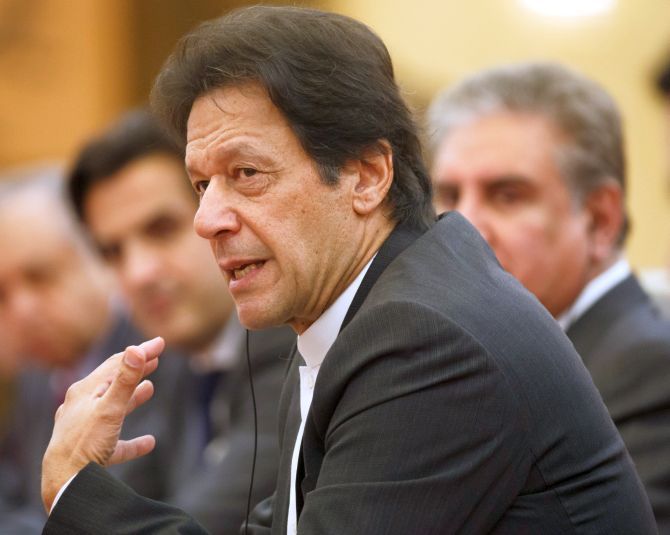 “Our action was only intended to convey that if you can come into our country, we can do the same. Two of their MiGs were shot down (in the ensuing action) and their pilots are with us,” Khan said in an address to the nation which was telecast live.

His comments came minutes after the external affairs ministry in New Delhi said that Pakistan air force targeted military installations in India in response to Indian counter-terrorism operations but their attempts were foiled successfully though one Indian pilot is “missing in action”.

He said no one knows where the wars lead to.

Khan said that better sense must prevail and the two sides should act with wisdom.

“Let’s sit together and settle this with talks,” he added.

Khan said that when India struck on Tuesday morning, he spoke with the army chief and Pakistan did not respond in haste.

He said Pakistan offered India its cooperation in the investigation after the Pulwama terror attack.

“We know how the families of those killed in Pulwama incident must have felt. We have been the victims of war for decades... Since the beginning we have asked India to share actionable evidence with us. It is nowhere in the interest of Pakistan for it to be used as a base for militancy,” he said.

“But I had a hunch that India would escalate, and that is why I had said that if India escalates, we will retaliate,” he said, adding that Pakistan simply wanted to show its capability.

“The sole purpose of our action (on Wednesday) was to convey that if you can come into our country, we can do the same,” Khan added.