Women's entry into NDA to be notified by May 2022, govt tells SC

The defence ministry has informed the Supreme Court that a notification allowing women candidates to appear for the entrance exam to the National Defence Academy will be out by May next year. 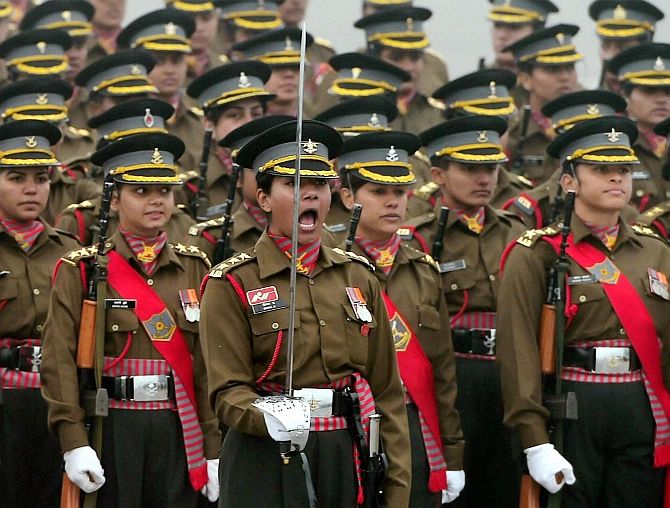 Keeping the timeline in mind, deliberate planning and meticulous preparation is needed to ensure smooth  induction and seamless training of such women candidates, the ministry said.

"The Government of India, in line with its commitment, hereby places on record its clear and categorical stand that the women candidates shall be considered for entry in the three defence services, in the existing streams, through National Defence Academy," it said in an affidavit filed before the top court.

The NDA entrance exams are held twice a year and the government proposes to have necessary mechanism in place by May 2022, the time by which UPSC is required to publish the first notification next year, for the exam, it said.

The Centre had earlier told the top court that the armed forces have decided to induct women into the NDA.

Additional Solicitor General Aishwarya Bhati, appearing for the Centre, had said that a decision has been taken at the highest level of the armed forces as also the government that females will be inducted for permanent commission through the NDA.

The apex court was hearing a plea filed by advocate Kush Kalra which has raised the issue of exclusion of eligible and willing female candidates from joining the prestigious NDA solely on the ground of sex which allegedly is a violation of the fundamental right of equality.

The plea said the authorities allow unmarried male candidates having adequate 10+2 qualification to take the 'National Defence Academy and Naval Academy Examination', but eligible and willing female candidates are not allowed to take the examination on the sole ground of their sex and without any reasonable or justifiable explanations within the Constitution.

It alleged that this act of discrimination is a dishonour committed by the concerned authorities to the constitutional values of equality and non-discrimination.

The petition stated that UPSC conducts the 'National Defence Academy & Naval Academy Examination' and as per eligibility criteria, any unmarried male candidate with the required educational qualification and aged between 15 and 18 years can appear in it.

This opportunity to take the NDA and Naval Academy Examination at the age of 15-18 years, with the eligible academic qualifications, is not available to eligible and willing female candidates and the sole reason for this categorical exclusion is on the basis of their sex, the plea said.

It claimed that duration of training for the Short Service Commission women officers is very less compared to the training that a male permanent commission officer, who gets entry through NDA, gains.