News
Business
Movies
Sports
Cricket
Get Ahead
Money Tips
Shopping
Sign in  |  Create a Rediffmail account
Rediff.com  » News » 'Women will be punished like Sita if they cross limits'

'Women will be punished like Sita if they cross limits'

Vijayvargiya joins the growing list of politicians who have made derogatory remarks against women.

Recently, West Bengal Chief Minister Mamata Banerjee, one of her party colleagues Kakoli Ghosh, and President Pranab Mukherjee's son had joined the list of politicians who had cast aspersions on the character of victims of sexual harassment.

Vijayvargiya explained that everyone is worried and society has to think why such incidents are happening, and added that not only political parties but also people who lead the society have to think over it seriously.

He said just making tough laws cannot control such incidents and "we need to think seriously upon it. I think these incidents are happening where the dignity is being breached." 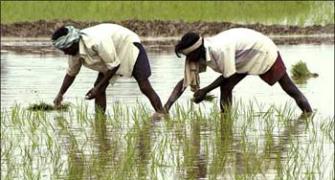 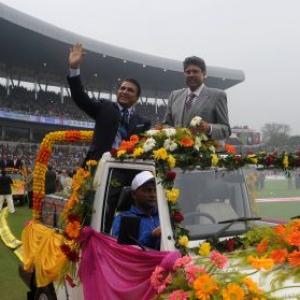