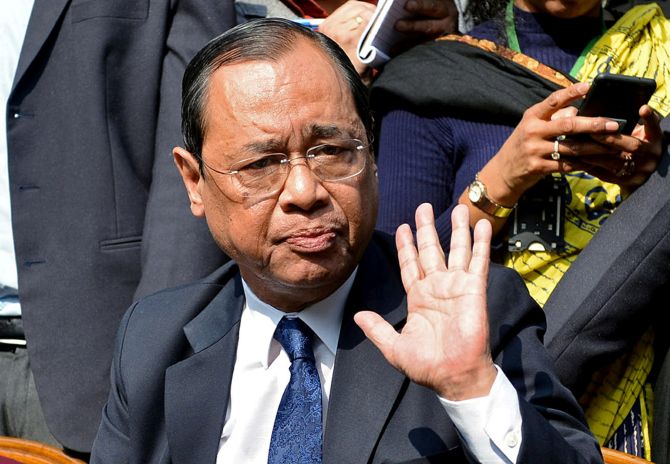 The former woman employee of the Supreme Court who levelled sexual harassment allegations against Chief Justice Ranjan Gogoi, on Tuesday sought a copy of the report of the in-house inquiry committee which gave clean chit to the CJI.

The CJI on Monday got a clean chit from a three-member inquiry committee headed by Justice S A Bobde which found "no substance" in the allegations of the former woman employee and further ruled that the report was not "liable to be made public".

The 3-member committee, which completed its task in 14 days, proceeded ex-parte as the woman had opted out of the inquiry on April 30 after participating for three days.

In a letter to Justice Bobde, the woman has alleged lack of transparency in the functioning of the inquiry panel and said that now, not providing her a copy of the order "would be a violation of the principles of natural justice and a complete travesty of justice".

She alleged that in the first hearing, she was not given any clarity on whether the present proceedings were the in-house.

"However, the in-house proceeding rules are now being used to deny me and the public a right to the report. The secretary general's press note states that a copy of the report will not be made public... It appears from the press release that even I, the complainant, will not to be provided with a copy of the report.

"I have a right to the report, the reasons for the same as well as copies of the depositions of any witnesses, any other persons or any other evidence considered by the committee," she said.

The statement further said that if the CJI was being given a copy of the report, directly or indirectly, the complainant was also entitled to it.

"I find it rather strange that the complainant in a case of sexual harassment is not to be provided with a copy of the report which finds her complaint to be without substance and that my complaint has been held by the committee to be this without giving me any reasons for the same," she said, adding that both the parties had a right to receive a copy of the report.

"I am shocked that despite my detailed affidavit, ample corroborative evidence and clear, consistent statement before the committee reiterating my experience of sexual harassment and consequent victimisation the committee has found 'no substance' in my complaint and affidavit," she said in a statement.

"I am shocked that Committee has come to an adverse finding against me despite the fact that I was compelled to withdraw from the Committee since the committee did not observe even the most basic principles of natural justice," she added.

She alleged that from the beginning she was treated as an outsider and was not informed of the procedure and her basic rights and obligations with regard to the inquiry proceedings.

The complainant further alleged lack of transparency in the functioning of the Committee and said a great prejudice was being caused to her repeatedly.

Regarding the judgement cited by the apex court committee while refusing to provide her a copy of the order, she said it was given at a time prior to the Right to Information Act.

"In these circumstances I request you to kindly provide me with a copy of the report since I have a right to know how, why and on what basis have your Lordships found my complaint to have 'no substance'," the statement said.

The in-house committee, also comprising two woman judges of the apex court -- Justices Indu Malhotra and Indira Banerjee -- had on May 1 recorded the statement of the CJI who had appeared before it.

After the CJI, constituted on April 23, Justice Bobde is the next senior most judge, followed by Justices N V Ramana, Arun Mishra and R F Nariman.