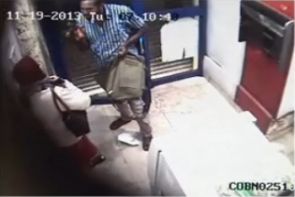 In a gruesome incident, a 38-year-old woman bank official was attacked with a lethal weapon by a man in an ATM kiosk in the heart of the city, leaving her in a pool of blood with severe head injuries on Tuesday.

As the woman entered the unguarded kiosk to withdraw money before proceeding to her office for the morning shift, the assailant, carrying a shoulder bag, closely followed her inside and pulled down the shutter before threatening and attacking her, the police said.

Gripped by shock as she saw the intruder, the victim raised an alarm but was threatened not to do so by the assailant who then took out what looked like a pistol from his bag, as seen in the CCTV footage and later shoved her down and hit her repeatedly with a machete as she resisted.

After the gory attack, the footage showed, the attacker cleaning the machete of blood with the woman's napkin, taking away her phone and leaving the kiosk after pulling down the rolling shutter, the police said.

The woman was lying in pool of blood for a long time and the incident came to light when two school children raised an alarm seeing blood coming out the kiosk from under the shutters, the police said. She was taken to nearby government-run VictoriaHospital with injuries on head and face by a traffic policeman and later shifted to BGSGlobalHospital where her condition is reported to be stable.

"She is out of danger," Bangalore Police Commissioner Raghavendra Auradkar told PTI. He said the police have formed squads to track down the assailant. "We are making all efforts to nab him." The ATM, located very close to a police station, had no security guard. The woman, identified as Jyothi Uday, is working as Section Manager with the Corporation Bank.

According to police, the assailant, in mid 30s, did not rob her of the jewellery she was wearing. The police said they have recorded the statement of the victim after she regained consciousness. The woman told police that the attacker spoke in Kannada and asked her not to raise an alarm and threatened her to withdraw money from the ATM and hand it over to him.

Image: A CCTV video grab of the incident 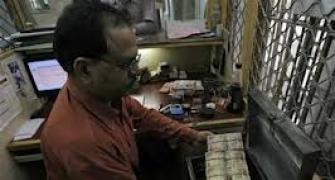 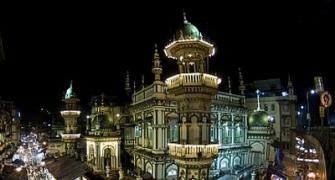 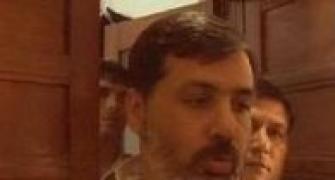 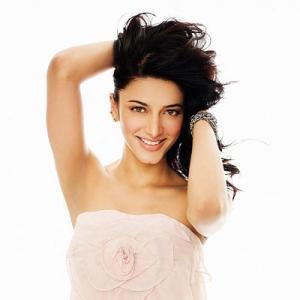 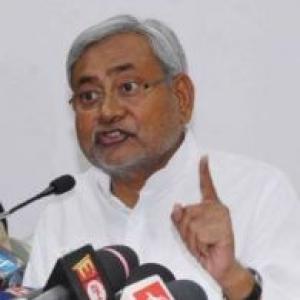