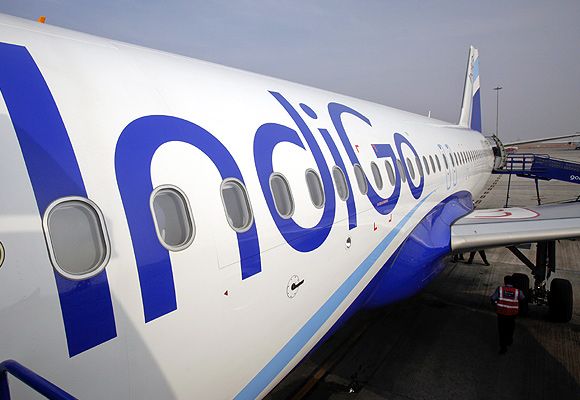 In high drama mid-air, a 32-year-old woman confronted a 60-year-old businessman who allegedly molested her on board an Indigo flight and shamed him in front of shocked passengers and crew with her outburst captured on camera.

The man who was on the flight between New Delhi and Bhubaneswar was arrested by police in the Odisha capital following a complaint by the woman, who recorded the incident on phone, even as the video footage went vital on Youtube. The video has also been shared many times over on social media sites.

"The man was arrested based on the complaint lodged by the woman. A case had been registered under Section 354 of the IPC," an official at the airfield police station in Bhubaneswar said on Tuesday, adding that the incident took place on January 27.

However, the police allowed the businessman to go home after serving notice to him.

"Yes we can allow the accused to go home in cases which have punishment (of) less than seven years," said the police officer, adding that the accused has to appear before the court when the case comes up for hearing.

The woman, hailing from Jharkhand, alleged that the accused attempted to touch her inappropriately from behind through the gap between two seats. "I was very shocked for sometime to react," she said in the complaint.

In the video clip, the woman speaking in both Hindi and English was seen confronting the man and berating him repeatedly.

In the footage, the furious woman zooms in on the man as he tries to shield his face from her camera.

At one stage, the man was heard seeking forgiveness and saying he was sorry.

She then shouts: "You are asking for forgiveness? Why? Because I'm a girl and you have the right to touch me anytime, anywhere you want to?"

"What forgiveness are you asking for? Did you do it only once? Was it by mistake?," she further said, adding, "I will call the security. I will make a complaint. You thought you could do it again right?". She also abused him as an "old haggard".

"Saari sharam ka theka to hum ladkiyon ne le rakha, aap logon ko besharami karne ka right hai. (We girls have to carry the burden of shame, while you have the right to shameless acts)," she tells him.

In a message accompanying the video clip while narrating her ordeal, the woman said, "I clicked his pictures and made videos, shouted so loud that the entire plane came forward to see him! i made sure i humiliate him as much as possible because i know law will do nothing".

"He thought like usual girls will keep quiet and he can get away with this! I have lodged an FIR now!'

The statement goes on: "He is a very rich man of Bhubaneswar and is now very humiliated in front of the people who know him. Can't believe the ordeal i had to go thru but being silent is a crime!."

A video of the incident has gone viral on social media. Read the girl's statement HERE