With Mondal's arrest Mamata loses another confidant to law's clutches

The Central Bureau of Investigation’s arrest of senior Trinamool Congress leader Anubrata Mondal -- a loyalist of party supremo Mamata Banerjee -- in the alleged cattle smuggling scam on Thursday threatens his three-decade-long political career, which has been marked by controversies and strong-arm tactics. 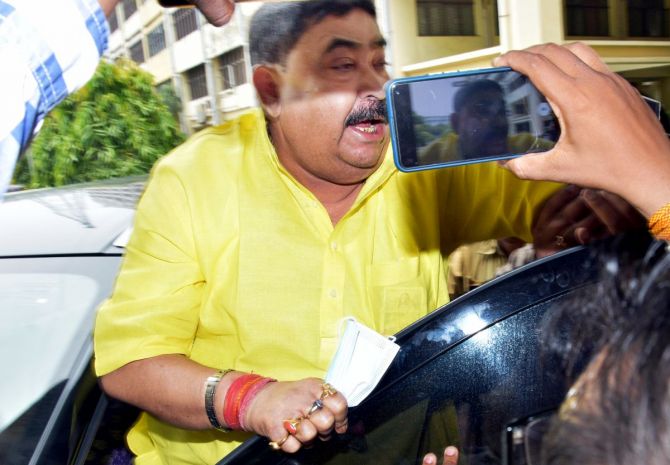 Mondal (62), who is presently TMC's Birbhum district president and member of the party's national working committee, rose to prominence in the 11 years of TMC regime in Bengal, mostly for his audacious statements and browbeating.

Born in 1960 to a family of farmers in Birbhum district, the land which also houses Nobel laureate Rabindranath Tagore's Visva Bharati University, Mondal, the eldest of five siblings and popularly known as ’Keshto', started his career as a fish trader in Suri.

His leadership and organisational abilities were first noticed by a local youth Congress leader of Birbhum in the early ’90s, who took him to Mamata Banerjee, then a rising star of Bengal politics and the president of the state Youth Congress.

He was among the handful of Congress leaders who walked out of the grand old party under the leadership of Mamata Banerjee in 1998 to form the Trinamool Congress.

Shortly after, he was appointed TMC's Birbhum district president in 2000 and had played a key role in expanding the party's base in the erstwhile-Left citadel.

After the TMC came to power in 2011, Mondal's stature as a politician and an organiser grew in the party and the district.

Mondal first came to the limelight during the 2013 panchayat polls campaign, when during a public meeting, he asked his supporters to burn down houses of political opponents and dissidents and hurl bombs at police if they tried to stop the arson.

Although his comments drew sharp reactions from opposition parties, Banerjee blamed the media for neglecting his medical condition of hypoxia, trying to make light of his remark.

Mondal's strong-arm tactics were on full display during the 2014 Lok Sabha and 2016 assembly polls, with the Election Commission putting him under close watch.

The party swept both the elections in the district amid allegations of malpractices.

A law unto himself in Birbhum, a viral video of Mondal threatening a senior police officer and administrative officials with arson and violence if his demands were not met within an hour had some years ago given a glimpse of his iron fist control over the entire district.

During the 2018 panchayat polls, he was accused by the local opposition leaders of not allowing them to file nominations. Subsequently, the party won the three-tier election in Birbhum without a contest.

His loyalty towards the party's top brass was rewarded time and again, notwithstanding several organisational overhauls in the last decade. Earlier this year, he was given a berth in the party's national working committee.

His name had also cropped up during investigation into the gruesome Bogtui killings in March this year, when eight people were burnt alive following rivalry between two groups in Birbhum district. 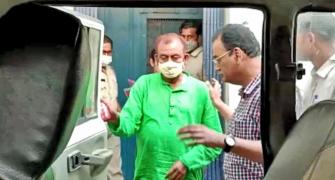 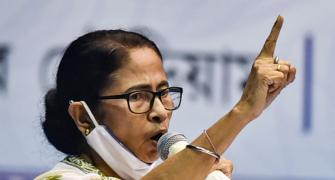 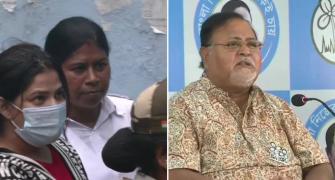 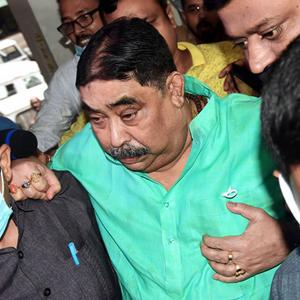 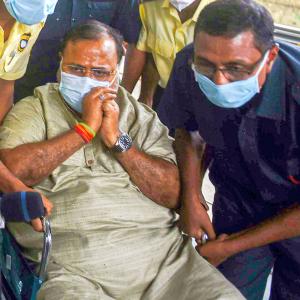