With $35 billion in the bag, PM Modi says sayonara to Japan Prime Minister Narendra Modi on Wednesday returned home after concluding his successful visit to Japan, which promised to give $35 billion (Rs 2.1 lakh crore) to India over the next five years for developmental projects, as the two sides agreed to enhance their strategic cooperation to a new level.

He arrived on Wednesday afternoon after a five-day trip during which he visited Kyoto, besides Tokyo where he held talks with his Japanese counterpart Shinzo Abe and met other leaders. External Affairs Minister Sushma Swaraj received him at the airport.

Japan also lifted the ban on six Indian entities including Hindustan Aeronautics Limited, which had been imposed in the aftermath of 1998 nuclear tests. During the visit, his first bilateral outside the subcontinent since becoming prime minister in May, Modi invited Japanese investments while hard-selling India as a conducive destination for business particularly for the manufacturing sector.

He told the Japanese businessmen that India was awaiting the investments with a ‘red carpet’ and not ‘red tape’ as rules and procedures have been eased by his government.

Winding up his official programme on Tuesday, Modi had expressed gratitude to Japan for reposing “trust” in India and demonstrating its friendship with a quip “yeh fevicol se be zyada mazboot jod hai (this bond is stronger than that of Fevicol)”.

“This visit has been very successful,” he had said at the Indian community reception hosted in his honour here earlier. “There has been talk about billions and millions. But there has never been talk of trillions,” he said, referring to 3.5 trillion Yen (Rs 2.1 lakh crore) promised by Japan to India through public and private funding over the five years for various works, including building of smart cities and cleanup of the Ganga river.

During the talks between Modi and Abe, the two sides agreed to enhance their defence and strategic cooperation to a new level and also decided to speed up negotiations on civil nuclear deal that could not be concluded now.

Abe also went out of his way to receive Modi in Kyoto when he went there on August 30 in the first leg of his tour. In Kyoto, a pact was signed under which Modi’s Lok Sabha constituency Varanasi would be developed on the pattern of Kyoto ‘smart city’ with the help of Japan. 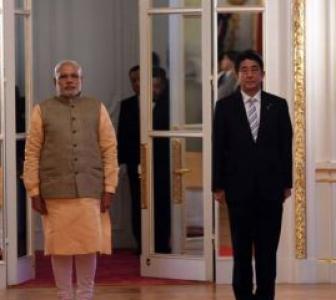 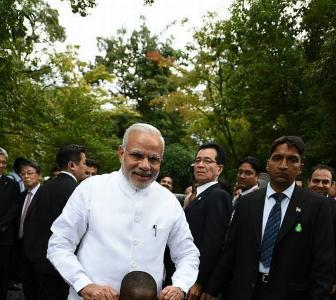 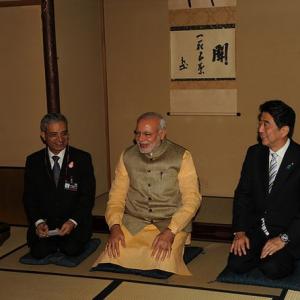