Willing to appear with 'documentary evidence' in SC: Malik

Pakistani authorities have "documentary evidence" of the distribution of millions of rupees among the country's politicians in 1990 by a banker who acted at the behest of the security establishment, Interior Minister Rehman Malik said on Monday.

Malik said if he was called by the Supreme Court, he would be willing to share this evidence. The apex court is currently hearing a case regarding the distribution of about Rs 400 million among politicians by the Inter-Services Intelligence.

"If the court calls me, I will reveal all this along with documentary evidence, including voice (recordings). The documents will speak for themselves, I will not speak," he told reporters outside Parliament.

Malik further said authorities possessed records of the distribution of funds that were arranged by banker Yunus Habib and he could present these records in court.

He said action should be taken against all persons who violated the Constitution by giving or accepting the money. Former ISI chief Asad Durrani told the Supreme Court

last week that he distributed millions of rupees among politicians on the instructions of then army chief Gen Mirza Aslam Beg and late President Ghulam Ishaq Khan.

Yunus Habib, the former head of Mehran Bank, testified in court that he had arranged Rs 1.48 billion on the directions of Beg and Khan. Out of this, Rs 340 million to Rs 400 million was distributed among politicians like Pakistan Muslim League-Nawaz leaders Shahbaz Sharif and Nawaz Sharif, Pakistan Tehrik-e-Insaf leader Javed Hashmi and military ruler Zia-ul-Haq's son Ejaz-ul-Haq, Habib said in remarks in court and to the media.

The Supreme Court recently took up a petition filed in 1996 by former air force chief Asghar Khan, who accused the ISI of financing politicians before the 1990 general election to prevent the Pakistan People's Party from coming to power.

In a related development, Defence Minister Chaudhry Ahmed Mukhtar on Sunday said those who received money from the ISI before the 1990 election should be held accountable.

These persons should be punished according to the law, he said.
Rezaul H Laskar in Islamabad
Source: PTI© Copyright 2023 PTI. All rights reserved. Republication or redistribution of PTI content, including by framing or similar means, is expressly prohibited without the prior written consent.
Related News: ISI, Yunus Habib, Supreme Court, Rehman Malik, Chaudhry Ahmed Mukhtar
Print this article
Notice to appear in SC pasted at Musharraf's house 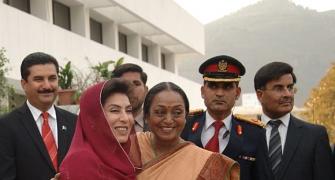 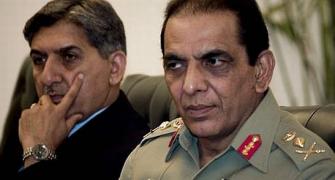