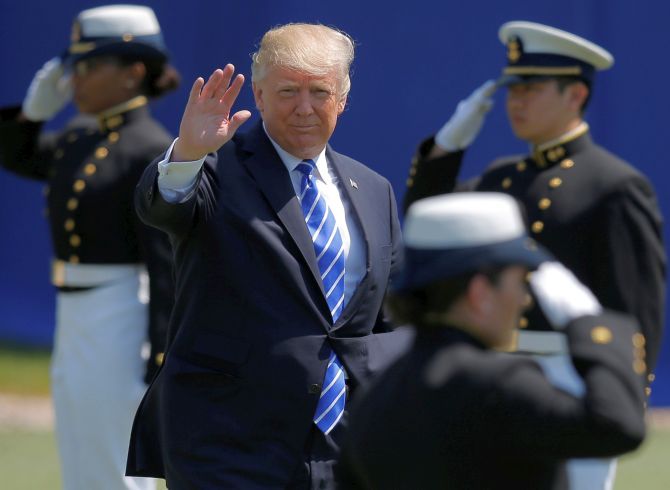 A Democratic lawmaker has called for impeachment of United States President Donald Trump for his alleged involvement in obstruction of justice, after news reports revealed that he had asked the Federal Bureau of Investigation to stop investigations against former national security advisor Michael Flynn.

In fact, Congressman El Green from Texas on Wednesday became the first US lawmaker to demand impeachment of Trump from the House floor.

The Congressman said that his call for impeachment is a position of conscience for him and asked the American people to speak up.

“Each member of Congress has to make his or her decision. This is where I stand, I will not be moved. The President must be impeached,” Green said.

At the same time, he noted that impeachment does not mean the president will be found guilty.

It simply means the House of Representatives will bring charges against the president, he said a day after the New York Times reported that it found a memo in which the sacked FBI Director James Comey said that he was asked by Trump to stop Flynn’s investigations.

“Yes,” he told The Hill newspaper when asked if the details of the memo if true merited impeachment. “But everybody merits a fair trial,” he was quoted as saying.

He also urged the lawmakers to be sober.

“That is our job, to be sober, to be passionate and to follow the facts wherever they may lead,” he said.

“It is obvious -- there are some people out there who want to harm the president. We have an obligation to carry out our oversight, regardless of which party is in the White House. That means before rushing to judgment we get all the pertinent information,” Ryan said.

The White House has denied the allegations of obstruction of justice.

The President has the utmost respect for the law enforcement agencies, and all investigations, the White House said, adding that this is not a truthful or accurate portrayal of the conversation between the President and Comey.