Shiv Sena leader Sanjay Raut on Thursday said his party and the Bharatiya Janata Party will form the next government in Maharashtra, and stressed the two parties will stick to the pre-decided "50-50" sharing formula. 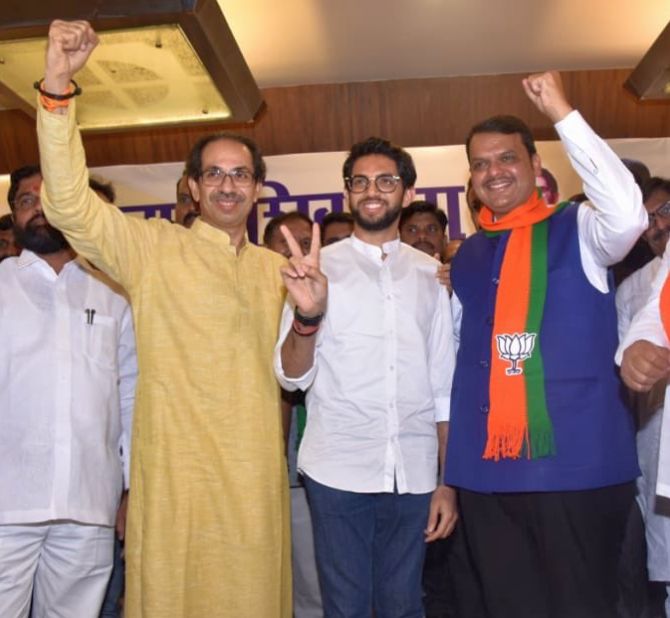 With the early trends suggesting the Nationalist Congress Party and the Congress collectively fairing better than the 2014 polls, Raut ruled out possibility of the Shiv Sena joining hands with the opposition parties to form the government.

"The BJP and Shiv Sena will form government in Maharashtra," he told reporters in Mumbai.

Asked about the possibility of the Shiv Sena embracing the NCP and the Congress to form government, Raut said, "No, we fought the polls in alliance with the BJP. We will go ahead with the tie-up. There will be no change in the pre-decided 50-50 formula."

On the Congress and the NCP collectively fairing better than the 2014 polls in the state, Raut said the opposition also needs to be strong in a democracy.

He noted that NCP chief Sharad Pawar "using his experience" and fanning parts of the state also gave some success to the opposition party.

"But we are also winning seats in good number," the Rajya Sabha member added.

Bhosale quit the NCP recently to join the BJP.