Will send them to Israel too: Mann on Kejriwal meeting Punjab officials

Facing criticism over a meeting of Punjab officials with AAP national convener Arvind Kejriwal, Chief Minister Bhagwant Mann on Thursday said it he who is calling the shots in the state and rejected the accusations that his government is being run through "remote control" from Delhi. 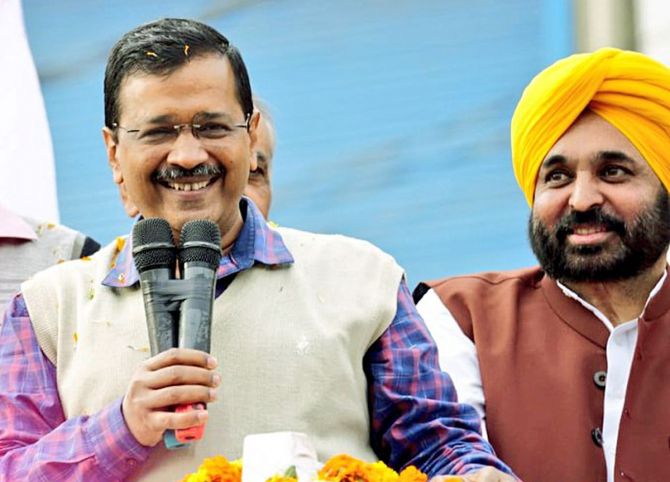 Mann said it was he who sent officials for the meeting with Delhi CM Kejriwal and will continue to send them to other states to learn anything that can be implemented in his state.

Newly elected AAP government in Punjab had come under fire from opposition parties, who had described the meeting as an interference in the state affairs and the breach of federalism.

"I am taking all decisions," Mann told reporters in Jalandhar while defending the meeting.

When asked that he was not present in the meeting held by Kejriwal with state officials in Delhi, Mann said, "I had sent them. For training, the same officers had gone to Gujarat and for training they had gone to Tamil Nadu. If we have to send them to Israel for Punjab's benefit, I will send them there too."

"In coming days, I will send my officers to Delhi, Gujarat, Andhra Pradesh and Tamil Nadu," he said.

He said the "good news" about which he had indicated earlier will be announced on April 16.

"Then you will say keep sending them," he said, asking the opposition parties not to criticise just for the sake of criticism.