Source: PTI
December 21, 2010 20:20 IST
Downplaying the meeting between Maharashtra Navnirman Sena chief Raj Thackeray and its Maharashtra unit leaders, the Bahartiya Janata Party on Tuesday said there were no political discussions with him and hoped that Shiv Sena will participate in Wednesday's NDA rally against corruption.

"Raj Thackeray had a programme near our Maharashtra unit office. He came to meet our leaders as we have relations with him since he was with the Shiv Sena for several years. There were no political discussions and I hope after the clarification by BJP's Maharashtra unit chief Sudhir Mungantiwar, Shiv Sena will attend the rally," BJP President Nitin Gadkari told medipersons in New Delhi.

Gadkari was responding to questions on Sena's threat to boycott the National Democratic Alliance rally after Raj met Mungantiwar and other leaders.

"As far as politics is concerned, our alliance with the Shiv Sena stands today. There is no proposal to have an alliance with MNS and the Maharashtra unit president has already clarified on the meeting," said Gadkari.

The Shiv Sena has threatened to boycott NDA's proposed rally against corruption in New Delhi on Wednesday over Raj's visit to BJP office on Monday.

The MNS chief had visited the BJP office in Mumbai and met Mungantiwar and other leaders for about 20 minutes. 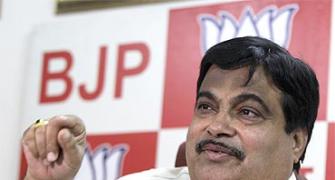 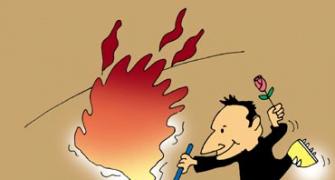 Celebrity feuds: Will they ever make friends? 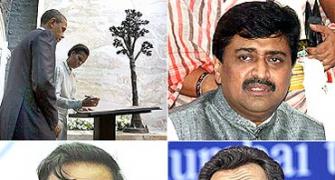 Maharashtra's year of ups and downs 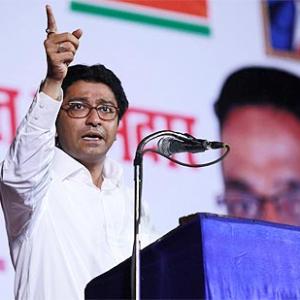 It's Raj the 'frog' vs Uddhav the 'snake'