Notwithstanding actor Sanjay Dutt's statement that he would not apply for mercy, Press Council of India chairman Justice (retd) Markandey Katju on Tuesday said that he would still go ahead and seek pardon for Dutt and 1993 Mumbai blasts case convict Zaibunnisa.

Asked about the Bollywood actor's statement that he would not apply for mercy, Katju said, "That makes no difference to me, I am going to apply for pardon to the President and to the governor (of Maharashtra). I think he (Dutt) and Zaibunnissa both deserve pardon."

On what grounds he was demanding pardon, Katju said that ‘public good is one of them, there can be many other considerations like humanitarian considerations for grant of pardon’. "If you study the Articles 72 and 161 of the Constitution, they do not state that who can appeal. Section 72 provides power to the President to pardon and section 166 to the governor," he said.

"But both sections do not state that who can appeal and it is not written on what grounds pardons can be given. There could be thousands of ground for pardon," he added. Katju also said that he had issued his appeal for Dutt without having interacted or spoken to the actor.

"I have not talked to Sanjay Dutt, I have not contacted him, he has not approached me. In my first appeal which I issued for pardon, I did it without contacting him," he said.

Dutt, 53, was ordered by the Supreme Court on March 21 to return to jail to complete a five-year sentence while woman convict 70-year-old Zaibunnisa Anwar Kazi's five-year imprisonment was confirmed by the apex court in the 1993 Mumbai blasts case.

Dutt on Thursday said he has not sought any pardon and will surrender in time. 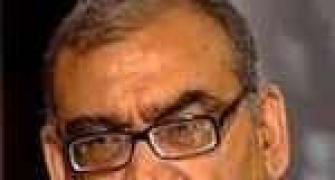 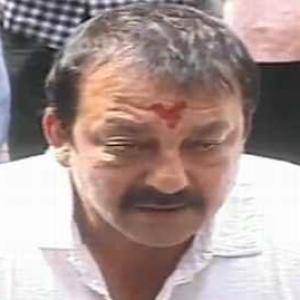 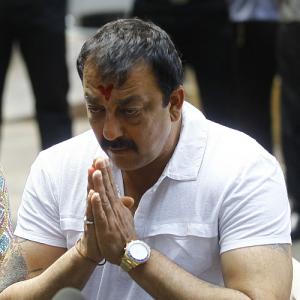