Will Rahul Gandhi succeed putting in place a new order in the party?

Congress Vice-president Rahul Gandhi has a real chance to push through the changes he has been talking about for the past year, now that the state bosses stand exposed after the recent assembly polls. Anita Katyal reports 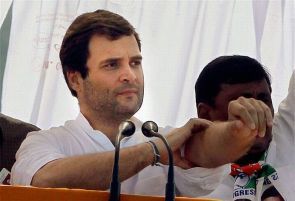 When Congress Vice-president Rahul Gandhi laid down the norms for the selection of candidates for the coming Lok Sabha elections at a specially-convened meeting of the heads of the party’s screening committees on Friday, his speech had a familiar ring to it.

After all, he had spoken in this vein when the party was to pick candidates for last year’s assembly elections.

Rahul Gandhi had first enunciated the new criterion in the run-up to the Karnataka assembly polls and repeated the same before the elections in Madhya Pradesh, Chhattisgarh, Rajasthan and Delhi.

It was the same story on Friday as the Congress kick-started its preparations for the crucial electoral battle ahead.

Heads of screening committees, who have been entrusted with the responsibility of short listing names, were told that they should devise a new formula for the selection of candidates wherein senior leaders and regional satraps will not be allowed to garner tickets for their respective supporters in the prevailing “quota system”.

Instead, weightage should be given to candidates recommended by the party’s district and pradesh committees. In addition, an internal survey will be conducted by the party to zero in on a candidate.

Rahul Gandhi has also underlined that no person with a criminal background should be given a ticket. Also, a candidate who has lost two times in the past will not be eligible for a ticket and even those who polled less than a lakh votes in earlier contests will be kept out.

Women and youth, Rahul Gandhi told the meeting, should be accorded priority, as the idea is to field fresh, new faces. “We will not repeat old mistakes,” the Congress vice-president told the meeting.

Keen to declare the names of at least 150 Lok Sabha candidates by this month-end, the screening committee heads have been asked to get cracking and get all the recommendations from the states with the next week.

But the question that begs an answer is: Will Rahul Gandhi walk the talk this time?

Past experience has shown that the guidelines laid down by the Congress vice-president were flouted at will while Rahul Gandhi looked on helplessly. The party’s old guard and regional bosses ensured that the old system was not allowed to change.

The situation has changed after the party’s humiliating defeat in the recent assembly polls.

Rahul Gandhi has a real chance to actually push through the changes he has been talking about for the past year now that the state bosses stand exposed after the recent polls. It will be far easier for him to withstand the pulls and pressures which would normally prevail in the selection of candidates.

Again, the question is: will Rahul Gandhi use this opportunity to put in place a new order in the party or will he succumb to pressure and opt for status quo for fear that any drastic action may upset the old guard and encourage rebellion.

This is precisely what had happened in last year’s assembly elections when Rahul Gandhi’s guidelines were flouted with impunity.

For instance, the Congress leadership was unable to withstand the pressure from sitting legislators in Chhattisgarh where they were all given tickets. The result: 28 of the 37 MLAs were defeated. Again, the party was unable to deny a ticket to All India Congress Committee treasurer Motilal Vora’s son a ticket although he had lost three times. Fortunately, Vora redeemed himself as his son managed to win this time. Former Chhattisgarh chief minister Ajit Jogi had his way as the party was forced to agree to his terms and give tickets to his wife and son. Jogi had stepped aside and given up his claim to be projected as the chief ministerial candidate only after he was promised that he would be given a Lok Sabha ticket.

It has to be seen if the party will be pressured into honouring its promise or will it be able to enforce Rahul Gandhi’s guidelines.

Rajasthan was no different as Rahul Gandhi’s norm, that persons with criminal background or relatives of leaders should not be nominated, was given the go by. Here, the party fielded family members of two accused in Bhanwri Devi murder case. Leela Maderana, wife of former Rajasthan minister Mahipal Maderana, who was jailed in connection with the Bhanwri Devi murder case, was given a ticket.

Maderna had to be sacked as minister from the Ashok Gehlot government following allegations of his involvement in this murder case. The Congress, however, gave in only to mollify the powerful Jat community which had turned hostile to the grand old party following Maderana’s arrest.

In another instance, Hazari Lal Nagar, brother of Babu Lal Nagar, who was arrested by the CBI on rape charges, was also fielded in last year’s assembly election in which the Congress was able to win a paltry 21 seats.

Rahul Gandhi has often spoken of democratising the organisation and building talent from to grassroots level in order to end  the domination of a few families in the party.

But last year’s Karnataka’s list showed that several "influential" candidates managed to get tickets in complete defiance of this norm.

Former Union minister C K Jaffer Sharief proved to be luckier than his colleagues as he was able to wangle tickets for his son-in-law Syed Yasin as well as his grandson Rehman Sharief. This is only a sampling as the list was endless. 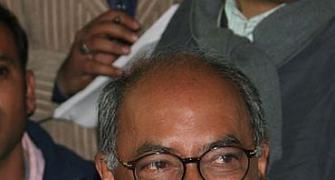 There is a PM and there is a 'shadow' PM: Digvijaya 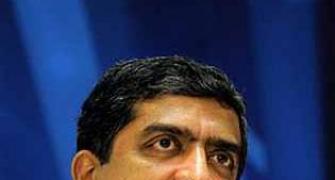 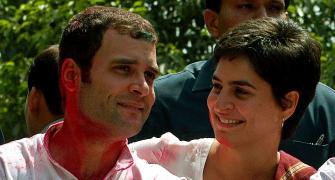 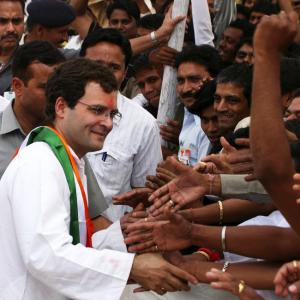 When Rahul Gandhi listened to the 'voice of people' 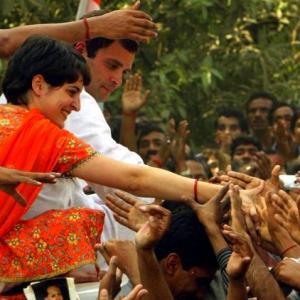