Will push govt back on Citizenship Act: Sanjay Raut

Shiv Sena leader Sanjay Raut said on Saturday that center would be pushed back on the issue of Citizenship (Amendment) Act. 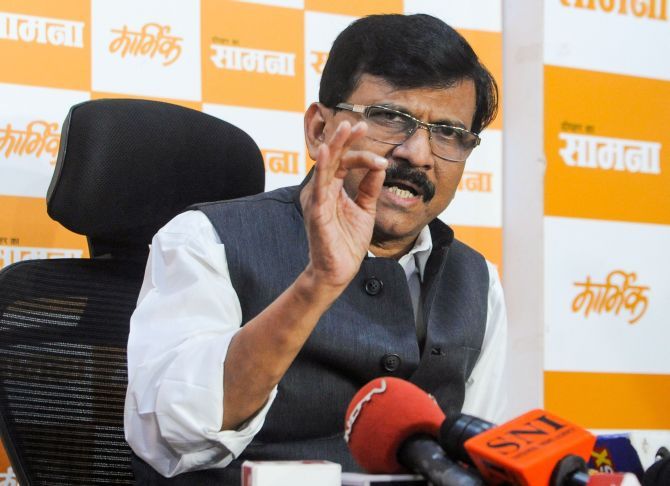 "The government has said that it will not move an inch. Well, you might not move but we will push you out. This much power we have," said Raut while addressing an event in Mumbai.

In an apparent reference to the Maharashtra state assembly results following which the Shiv Sena had cut ties with the Bharatiya Janata Party, Raut said that it was a lesson for the whole country.

Earlier on Friday, Union home minister and BJP national president Amit Shah had reiterated his party's firm stand on the Citizenship Amendment Act asserting that they will not move even an inch away on the issue, no matter how many parties join hands against it.

"Even if all these parties come together, the BJP will not move back even an inch on this issue of the Citizenship Amendment Act. You can spread as much misinformation as you want", Shah said while addressing a public rally in Jodhpur.

Shah also accused the Congress of spreading misinformation over the issue.

The Citizenship Amendment Act, 2019, seeks to grant Indian citizenship to Hindu, Christian, Sikh, Buddhist and Parsi refugees from Pakistan, Afghanistan, and Bangladesh and who entered India on or before December 31, 2014.