Last month, Dr Farooq Abdullah announced that he would step down as president of the National Conference in December, saying it is time to hand over the mantle to the new generation.

Monday, December 5, which marked Sheikh Abdullah's 117th birth anniversary, was likely the last time Dr Abdullah would pay tribute to his legendary father as president of the party that Sheikhsaab founded.

Omar Abdullah, Dr Abdullah's charming and eloquent only son and currently the party vice-president, could succeed his father as National Conference president.

Or maybe the Abdullahs could spring a Kharge-like surprise to evade the slurs of dynasty hurled by the BJP against the Kashmir Valley's political dynasties.

In that event, the mantle may fall on Hasnain Masoodi, the former Jammu and Kashmir high court judge, who represents Anantnag in the Lok Sabha.

Scenes from Monday's ceremony in Srinagar: 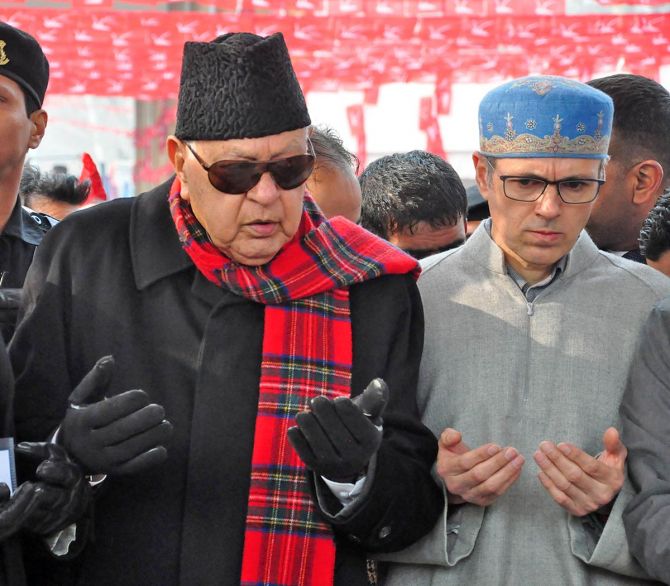 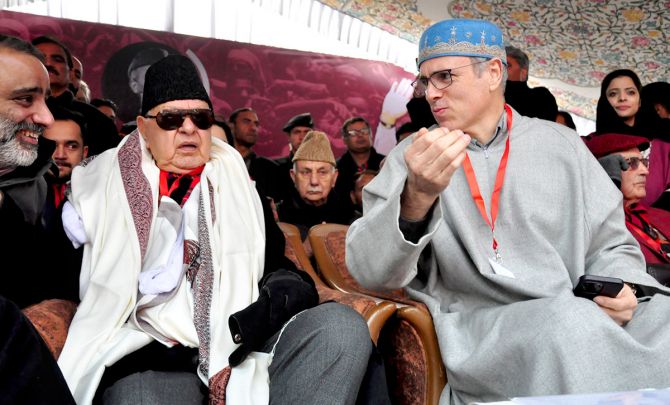 IMAGE: Omar, left, has a chat with an NC leader as Dr Abdullah appears unamused with the conversation. 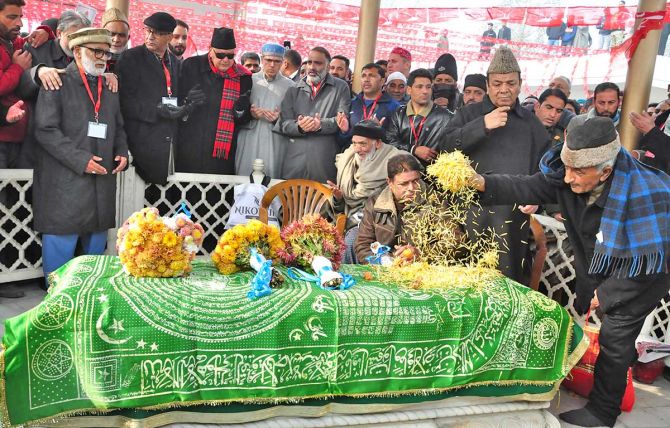 IMAGE: The thick phirans and gloves on display indicated a cold day in Srinagar where temperatures wavered around 11 degrees Centigrade. 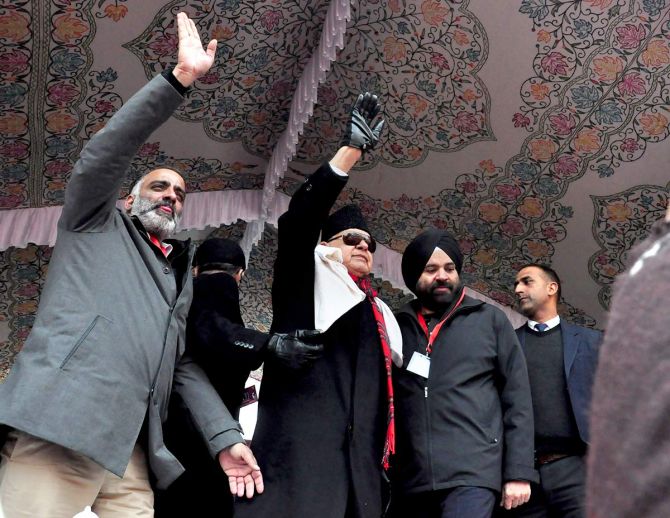 IMAGE: The Abdullahs, father and son, both former J&K chief ministers, acknowledge the cheers of supporters at the rally near Sheikhsaab's grave. 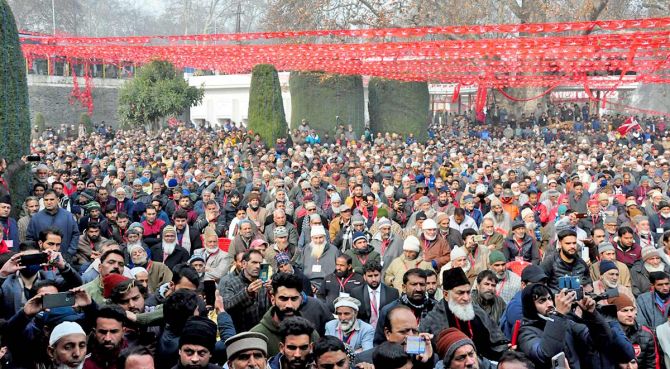 IMAGE: The BJP won't be happy to see the large number of National Conference supporters listening to Dr Abdullah's speech near his father's grave. 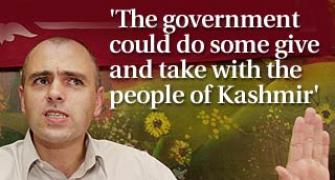