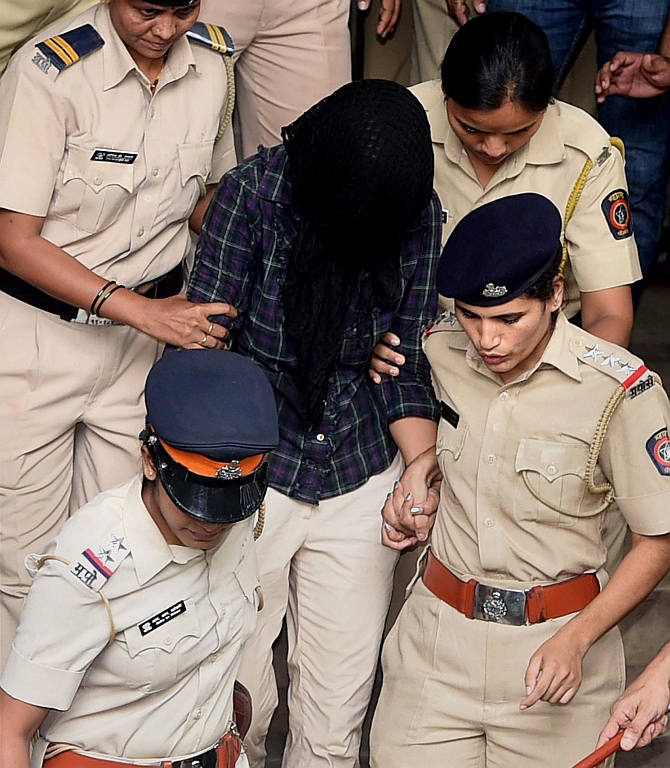 All the three accused in the sensational Sheena Bora murder case -- Indrani Mukerjea, Sanjeev Khanna and Shyamvar Rai -- will be produced in a court in Mumbai as their police custody ends on Monday.

On Saturday, the Bandra Metropolitan Magistrate court had extended their custody till Monday with the prosecution stating that the ongoing probe is yet to cover a large area and that Indrani remains "uncooperative and a hard nut to crack."

"Scope of probe is large. Accused is a hard nut to crack. They have used modern tools like email and Internet to plan the murder. Progress shown is already on record. We have not wasted a single day. They impersonated the victim by creating false email. She (Indrani) created bogus email id. Custody is short considering the vastness of investigation," Bagade had said.

He said investigations were underway to ascertain who else helped Indrani and the police needed reasonable time for its probe.

"We need to know who else helped her. Emails need to be studied. Crime was committed across jurisdictions. Bank accounts maintained by accused number 2 (Indrani) and accused number 3 (her former husband Sanjeev Khanna) are across the UK and Mumbai. We need to investigate payments made from these accounts.

"We need to recover accused (Indrani's) credit card. Accused shows complete reluctance to cooperate. Additional offence under section 307 (attempt to murder) was added. The materials and persons with whom accused no. 2 had contact need to be investigated. The police need reasonable time," Bagade had said.

On Sunday, Indrani, the mother of 24-year-old Sheena, was taken to her residence in Worli in Mumbai, apparently to connect a few "remaining dots" in the murder mystery marked by involvement of dramatis personae while Khanna and Rai (former driver of Indrani) -- were grilled at Khar police station.

Indrani was later brought back to Khar police station.

This was Indrani's first visit to her residence since her arrest last month. Her husband Peter Mukerjea was also present at their residence.

During the over 60-minute quest when the cops and Indrani were at the Worli house, she was taken to her fourth floor residence. She was also seen gesturing to the accompanying policemen in the direction of a garage in the residential premises, which, according to the police, is the place where Sheena's body was kept on the day she was killed.

Indrani, Khanna and Rai have been arrested on the charge of murdering Sheena and disposing of the body in a Raigad forest in April 2012.

The police had last week exhumed remains of a body from Raigad forest and later claimed that digital superimposition of the profile of Sheena had matched with the skull recovered from the forest.

The remand application of the police had stated that the planning to kill Sheena's brother Mikhail started from Kolkata. Mikhail has alleged that Indrani had tried to kill him too.

The police has also extensively grilled Peter Mukerjea though he is not an accused in the case.

Mikhail had flown in here last week from Guwahati. He was also questioned by the police.

Others who were questioned in connection with the case included Peter's son Rahul Mukerjea and Vidhie, daughter of Indrani and Sanjeev Khanna.

The police have also questioned Siddharth Das, biological father of Sheena and Mikhail.

Sheena was engaged to Rahul, Peter Mukerjea's son from an earlier marriage, when she was allegedly murdered on April 24, 2012, according to the prosecution.

Sheena was allegedly strangled in a car, then her body was burnt and dumped at a forest in Raigad, about 84 kms from Mumbai.

The police had last Thursday claimed that Indrani had confessed to murdering Sheena and were now also investigating if someone else could have been involved in the murder case. 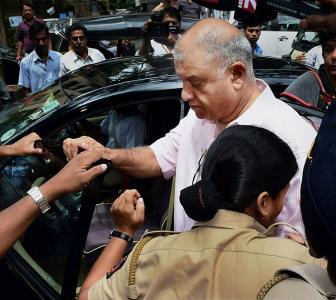 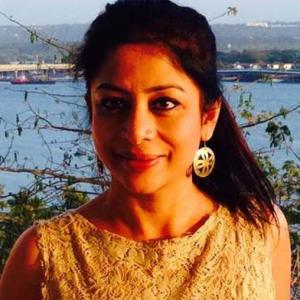