'Walmart has done nothing wrong, will cooperate in Indian probe' 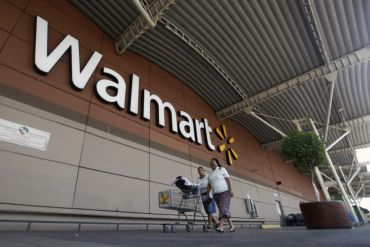 American retail giant Walmart has said it will provide "relevant information" to the Indian authorities for the judicial probe announced due to pressure from Opposition parties on the issue of the company's lobbying efforts in the US regarding India's multi-brand retail sector.

"We will be working to provide the authorities with relevant information," a Walmart spokesperson told PTI when asked if the US-based company would co-operate with the Indian government in its judicial probe.

The spokesperson, however, insisted that the routine lobbying disclosure before the US Congress, as mandated by law, does not reflect any improper conduct in India.

"The allegation that a routine US lobbying disclosure form reflects improper conduct in India is false.

"These disclosures have nothing to do with political or governmental contacts with Indian government officials," the spokesperson said.

"It shows that our business interest in India was discussed with US government officials -- along with 50 or more other topics during a three-month period," the spokesperson said in response to a question.

Under US law, on a quarterly basis, all companies which meet certain time and expenses thresholds, are required to disclose issues and expenditures spent in connection with contacts with the United States government, including staffing cost, association dues, and payments to consultants, she noted.

And this is not unique to Walmart, the spokesperson said.

All organisations which expend more than $11,500 annually on lobbying activities and employ at least one lobbyist must register and file the quarterly reports.

"As per the Washington DC  publication, Roll Call, in the first quarter of this year, 143 organisations reported expenses of more than $1 million," the Walmart official said.

"Our Washington office naturally had discussions with US government officials about a range of trade and investment issues that impact our businesses in the US and worldwide and disclosed this in accordance with the law," the spokesperson said.

The US State Department, meanwhile, refrained from making any comment on India announcing a judicial probe into Walmart lobbying in the US on India related issues.

"I don't have anything on that in particular, but I think Walmart has spoken on its view on this," State Department spokesperson Victoria Nuland told reporters at her daily news conference in response to a question.