News
Business
Movies
Sports
Cricket
Get Ahead
Money Tips
Shopping
Sign in  |  Create a Rediffmail account
Rediff.com  » News » Will Congress see a non-Gandhi at its helm? 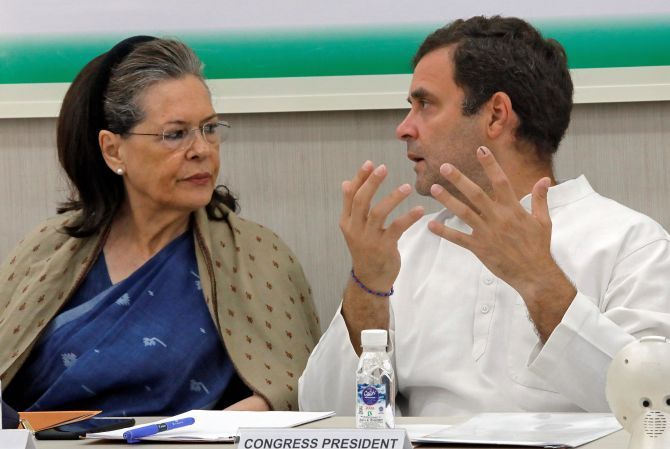 The Congress party could see a non-dynasty person becoming the new president after 21 long years. The last non-dynastic president of the party was Sitaram Kesri, who served from 1996 to 1998.

Though the party’s existential crisis could take time to resolve, there were indications on Monday that Congress president Rahul Gandhi is set to convene a meeting of the Congress Working Committee for the party to find his successor. The CWC is the party’s highest decision-making body.

The party has found itself in a limbo ever since Rahul quit as the party chief after the Lok Sabha election results. The CWC, party’s state units and leaders had subsequently asked Rahul to continue but he has insisted his decision is non-negotiable.

While Rahul quit, he had expected the rest of the CWC members to follow suit. This did not happen. None in the CWC quit even after 150 party office-bearers, mostly lesser-known functionaries, quit to show solidarity with him.

Though it remains to be seen if Rahul would dissolve the current CWC, sources said the incumbent CWC is likely to pass a resolution to elect a new party chief. Congress leaders Sushilkumar Shinde or Mallikarjun Kharge could be compromise candidates.

Only the president of the Congress can convene a CWC, which would then decide the future course of action. In the absence of the party chief, the senior-most general secretary can convene the CWC.

Rahul continued to look after the party’s day-to-day affairs and hold meetings after he quit. Senior leaders have conveyed to him that it was time that he took a call to convene a meeting and help end the limbo that is damaging the morale of the party workers. 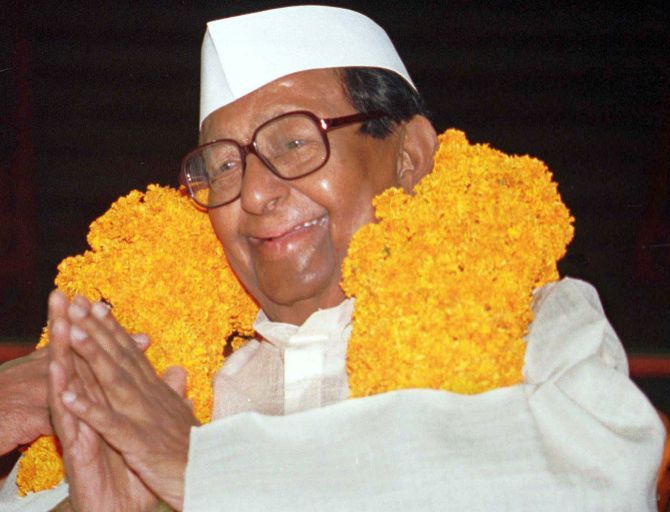 IMAGE: Sitaram Kesri was the last non-Gandhi Congress president. He served as Congress chief from 1996 to 1998. Photograph: Joy Shaw/Reuters

On Monday, Congress chief ministers met Rahul. It was termed a routine meeting. Sources rejected speculation that Rahul asked them to quit their respective chief ministerial positions. The meeting lasted over two hours.

According to Rajasthan Chief Minister Ashok Gehlot, the chief ministers reiterated that Rahul continue as the party chief but he declined.

The new president would be expected to reconstruct the party with the help of senior leaders. Rahul would be free to campaign for the party.

United Progressive Alliance Chairperson Sonia Gandhi was Congress president from 1998 to 2017, and Rahul succeeded her.