Delhi Police Special Commissioner (Law and Order), S N Shrivastava on Friday said that the police is trying to bring every culprit to justice in the cases related to violence in the north-east Delhi.

Asked about municipal councillor Tahir Hussain, Shrivastava said, "I will not talk of one particular case, but our effort is to give lawful punishment to anyone who is a culprit or participated in these riots. So the lawful process is underway."

"We are trying to bring every culprit to justice and we are working on it. It was a very gruesome murder of a young officer. We are giving equal weightage to all other cases especially the heinous ones," he said.

"In the last 60 hours, no incident has taken place. We have made arrangements as there are Friday prayers today. Through the extensive outreach programme done by us and the interaction with the people, we get to know that everybody wants peace. We are moving fast towards normalcy. In the Aman Committee meetings everybody has said that they will work for maintaining peace," the special commissioner said.

"We have registered more than 100 cases of riots and murders. We have made formed Special Investigation Teams under the Crime Branch and investigation is done by district police officers," he further informed.

Shrivastava was on Wednesday given the additional charge of Commissioner of Delhi Police. He will assume the charge on March 1, when incumbent Amulya Patnaik retires.

At least 38 people, including a police head constable, have died while around 200 people have been injured in the communal violence that rocked northeast Delhi for four days. 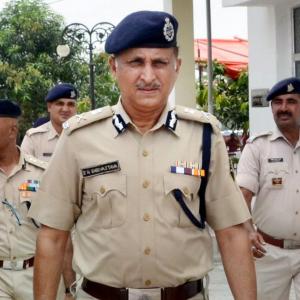 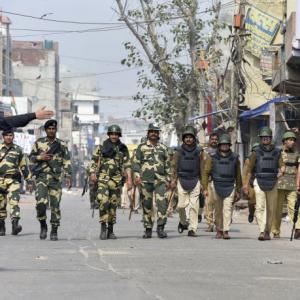