WikiLeaks: US was worried about Third Front govt formation in India

Source: PTI
December 19, 2010 10:08 IST
Ahead of the 2009 general elections in India, the United States was worried about a possible Third Front coming to power with the Left parties playing a major role in it.

In an assessment on February 12 that year, the US embassy in New Delhi had said that while Congress and Bharatiya Janata Party would not come to power on their own, "the worst scenario for the US-India relationship would be one in which a Third Front forms a government that excludes both the Congress and the BJP.

"Under those circumstances, the Communist parties will likely wield great influence in a coalition," an embassy cable released by whistle blower web site Wikileaks said.

The general elections were held in April-May, 2009.

The cable, signed by then US Ambassador David C Mulford, also noted that both BJP and Congress would support a closer US-India relationship.

But if these two parties forged a coalition with regional parties to form the government, "their ability to move forward aggressively on Indo-US relations will be constrained by the disproportionate power of smaller parties, which have narrower agendas that frequently do not extend to foreign policy issues," the cable, meant for then US Special Representative Richard Holbrooke, said.

Observing that the Indo-US nuclear deal and closer strategic relations between the two nations had generated an extraordinary public debate" in India, the envoy said, "We have won this debate hands down and, as a result, the US-India relationship has a strong foundation on which to grow over the coming decades".

In the same cable, Mulford categorically says that the implementation of the nuclear agreement "requires India to take a number of steps", like bringing its International Atomic Energy Agency safeguards agreement "into force and filing a declaration of safeguarded facilities" to initiate civil nuclear cooperation.

"For the United States to fully realise the commercial benefits of cooperation, India must also follow through on its commitment to set aside nuclear reactor park sites for US firms -- as it has already done for France and Russia -- and address other industry concerns, such as patent protection and adoption of domestic liability protection," the cable said.
Source: PTI© Copyright 2020 PTI. All rights reserved. Republication or redistribution of PTI content, including by framing or similar means, is expressly prohibited without the prior written consent.
Related News: Bharatiya Janata Party, David C Mulford, Congress, US, India
SHARE THIS STORY
Print this article 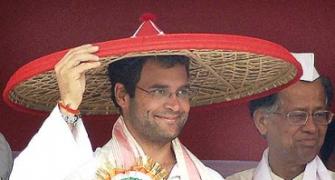 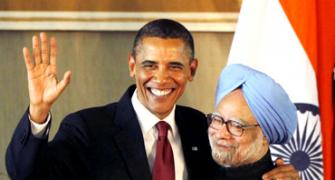 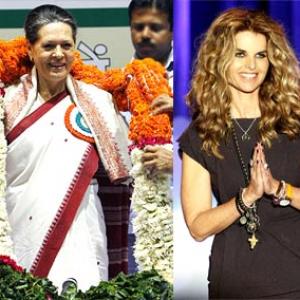 Sonia Gandhi opens up about her family