Prime Minister Narendra Modi's address to a joint meeting of the United States Congress will be an opportunity to energise efforts to improve bilateral ties, top American lawmakers from across the political divide have said. 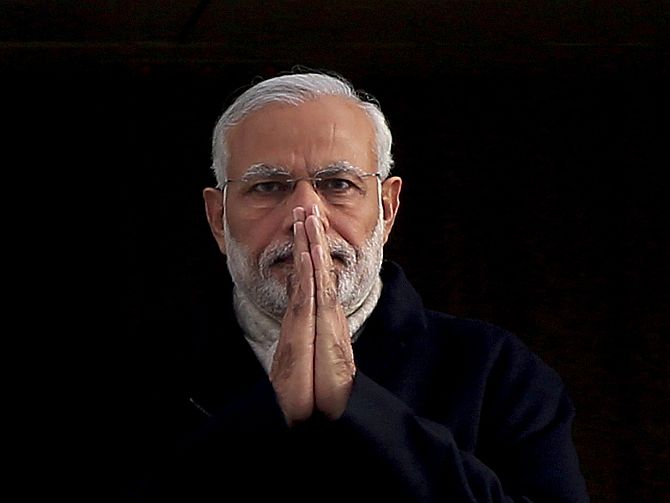 Reflecting the strong bipartisan support to the India-US relationship, American lawmakers welcomed the decision of the House Speaker Paul Ryan to invite Prime Minister Narendra Modi to address the joint meeting of the United States Congress.

"Speaker Ryan's decision to invite Prime Minister Modi to address Congress demonstrates the growing commitment to strengthening the strategic partnership between the US and India," said Senators Mark Warner and John Cornyn in a joint statement.

Warner from the Democratic Party and Cornyn from the Republican Party are co-chairs of the Senate India Caucus, the only country specific caucus in the US Senate.

"As a key security partner with a flourishing economy, a thriving relationship with India presents tremendous opportunities to reach our joint economic and strategic goals. Prime Minister Modi's visit presents an opportunity to energise efforts to improve bilateral ties between our two countries," Warner and Cornyn said after Ryan told media persons that he has invited Modi to address a joint meeting of the US Congress on June 8.

In fact, Modi would be the first foreign leader to address a joint meeting of the Congress after Ryan became the Speaker last year.

"This will be the first joint meeting of this speakership. We certainly look forward to welcoming Prime Minister Modi in the United States Capitol this summer, I believe it is June 8," Ryan said.

"India is the most populace democracy and soon it is going to be the most populous. The friendship between our nations is a pillar of stability in a very, very important region. This address presents a special opportunity for us to deepen our ties with our ally, India," he said.

"It is a chance to hear from the prime minister on how we can work together to promote our shared values and to increase prosperity," Ryan said.

"I am pleased that India's Prime Minister Narendra Modi will be able to address a Joint Session of Congress this year," he said.

"In 2014, I led the effort, and was joined by more than 80 of my colleagues, in trying to encourage then Speaker John Boehner to invite President Modi to give such an address shortly after he had assumed office," Sherman said.

Following the letter of 80 US lawmakers, the then Speaker Boehner in a letter had invited Modi before his September 2014 Washington DC visit to address a joint meeting of the US Congress.

However, that could not happen as the Congress was in recess ahead of the 2014 general elections for the Congress.

"Since India's independence in 1947, the relationship between the United States and India has steadily grown. US and India have a unique relationship based on shared democratic values. The prime minister's visit is an opportunity to build on the US-India strategic partnership to the benefit of both our nations," Sherman said.

"As things stand, our current trade relationship amounts to around $110 billion. I am encouraged by Prime Minister Modi's reform efforts and hope we can work together to make it easier for US companies to invest in India and increase US exports. I look forward to hearing directly from President Modi about this issue," he said.

"I applaud Speaker Ryan for inviting Prime Minister Modi to address a Joint Meeting of Congress, and I look forward to welcoming the prime minister to the Capitol. This address will serve as a sign of the deep and important relationship between US and India," said Ed Royce, chairman of the House Foreign Affairs Committee.

"Our partnership in areas such as defence, nuclear power, renewable energy and space exploration is very strong, thanks to our many shared values. I look forward to hearing from Prime Minister Modi about how we can continue working together to promote peace and prosperity," Royce said.

"I look forward to welcoming Prime Minister Modi to Washington in June, where his address to a Joint Session of Congress will explore how our two nations can work together to further our shared values and interests," said Congresswoman Tulsi Gabbard, the first ever Hindu lawmaker elected to the US Congress.

"As the world's oldest and largest democracies, the US and India have many shared values and objectives. Since Prime Minister Modi was first elected in 2014, he has made active engagement with the United States a priority on many levels including exploring mutually beneficial economic opportunities, stronger government-to-government relations, and enhanced security engagements," she said.