Even as there is strong public sentiment against reopening Sterlite's copper plant in Tamil Nadu come reports that four farmers groups have come out in support of the factory.
A Ganesh Nadar reports from Thoothukudi. 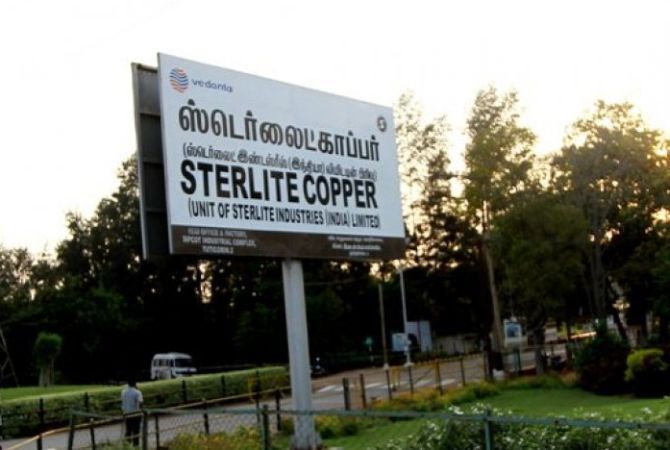 Vedanta's Sterlite Copper plant in Thoothukudi, southern Tamil Nadu, which has been shut for the last five months, following the police firing on protestors on May 22 in which 13 people were killed, has received a shot in the arm of sorts.

Sterlite, which had been operating in Thoothukudi for over two decades, has challenged the state government's closure order in court even as it obtained permission to open its administrative office inside the plant.

In the meantime, the National Green Tribunal held an open hearing on the plant's fate in Chennai, at which over 400,000 petitions were submitted seeking its permanent closure over the contamination of ground water caused by the factory.

In the midst of such outrage comes news of four farmers's unions appealing to the district collector to reopen the plant.

None of the farmers's groups is based around the Sterlite plant, the epicentre of the protest for months.

Why would farmers unions from such a distance support the reopening of the factory?

"Sterlite supplies phosphoric acid and sulphuric acid to SPIC (Southern Petrochemical Industries Corporation) which is a major producer of DAP (diammonium phosphate), an essential fertiliser for paddy cultivation," explains Manickam, a villager from Armuganeri. "If the plant shuts we will face shortage of this important fertiliser."

"Also, Sterlite has done excellent CSR (corporate social responsibility) work in our village by cleaning up the supply canals and drainage canals which is very important for agriculture," Manickam adds. "The government does nothing."

In Authoor while the two farmers unions denied having anything to do with supporting Sterlite, Rajesh, a farmer, says he supports Sterlite because its CSR work for farmers over years is very helpful. Many villagers worked in the Sterlite factory or had contracts there, he adds.

"We are not supporting Sterlite," says Arul, secretary of the Authoor farmers association. "The association from our village which has given a petition to the collector supporting reopening of the factory has only four members."

In Edayarkadu village, Jebasingh says he supports the reopening of the Sterlite factory because he is not only a farmer but also a full-time employee of the factory.

Social worker M Zintha of Srivaikuntam says he gave a petition supporting the factory because Sterlite has done a lot of CSR work in the farming sector benefiting the farmers. It was work the government should do, but was not doing, he adds.

A Ganesh Nadar in Thoothukudi