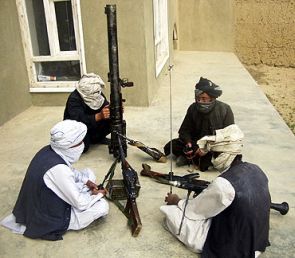 As tensions grow between India and Pakistan, anti-India terrorist groups plan to intensify their operations against Kashmiri Pandits to seek local support of homegrown militants in Kashmir.

Attempts made by the government to bring displaced Kashmiri Pandits back to Jammu and Kashmir and the need to garner local support to carry out operation in the Valley have led terror outfits like the Lashkar-e-Tayiba, Jaish-e-Mohammad and the Harkat-ul-Mujahideen sharpen their attack.

In 2003, the Lashkar once again massacred 24 Kashmiri Pandits. They made similar attempts in 2008 and 2010 to attack Kashmiri Pandit refugee camps. These attacks were however foiled by the Indian army who were alerted by a milk man.

Since the year 1990, lakhs of Kashmiri Pandits have been displaced from their homes due to terrorist. Nearly 1.8 lakh Kashmiri Pandits stay in refugee camps around Jammu. The constant threat of militant attacks has added to their woes.

The government says it is making efforts to bring back the Kashmiri Pandits to where they belong. But threat from militants and lack of security has them worried.

Apart from Pakistan based anti-India groups there are many who are known as Kashmiri militants. They are responsible for killing and driving away the Kashmiri Pandits. Kashmiri Pandits were not on the Lashkar’s agenda earlier but it later chose to attack them to communal divide and garner the support of the local forces.

The latest attempt to foil the return of several Kashmiri Pandits has economical reasons too, says the Intelligence Bureau. These Kashmiri militants fear that the Pandits may come back and reclaim their property. This is something they want to avoid at any cost.

The Kashmiri militants or the local terrorists are no longer a potent force and will need to depend heavily on Pakistan groups for logistic support.

The Lashkar, Hizbul or the HuM cannot operate unless they have local facilitators.

When the Lashkar started out it had a three point agenda; Target major economic institutions in India, create and intensify a communal divide and also recruit as many Indian Muslims as possible to create a 1 lakh strong army.

According to C D Sahay, former chief of the Research and Analysis Wing, the communal agenda of the Lashkar failed. Today with attempts being made to bring the Pandits back to Jammu and Kashmir, the Lashkar feels that it would kill two birds with a stone. They want to use this to garner the local support of the Kashmiri militants and re-introduce the agenda of communally dividing the country through riots.

They feel they could attain a communal divide if they target the Pandits which will not go down well with the rest of the Hindus in the country.

While this is being said, many Kashmiri Pandits continue to be apprehensive about returning. Even if the government assures them security, they are still apprehensive and feel that until and unless militancy ends they won’t be safe.