Firing a fresh salvo at Prime Minister Narendra Modi, Congress leader Rahul Gandhi on Monday asked as to why China is 'praising Mr Modi during this conflict'. 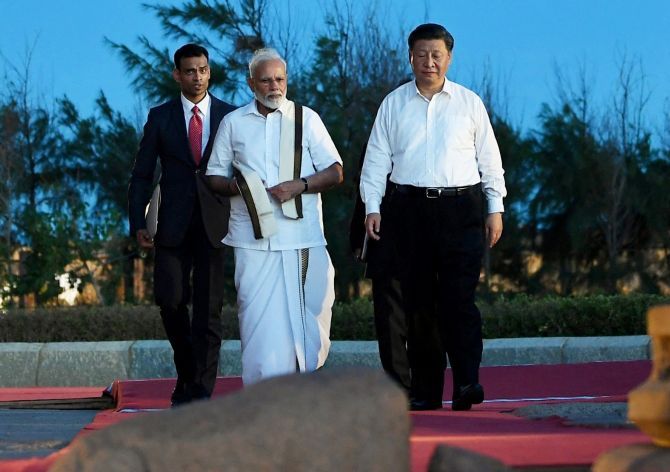 'China killed our soldiers. China took our land. Then, why is China praising Mr Modi during this conflict,' he asked on Twitter.

In his tweet, Gandhi tagged a news report that said the Chinese media has lauded Prime Minister Modi's speech during an all-party meeting on the Ladakh situation.

Before this tweet, in another post, Gandhi shared Manmohan Singh's statement on the ongoing Ladakh standoff with China, saying the former PM has given an important advice. Gandhi expressed hope that Modi would accept it 'politely' in the interest of the country.

Gandhi has been attacking Modi over his statement on the Ladakh standoff with China and even accused him of 'surrendering' Indian territory to the neighbouring country.