Many in the specialised force feel they are not being treated on par with those in the armed forces. Sahil Makkar reports 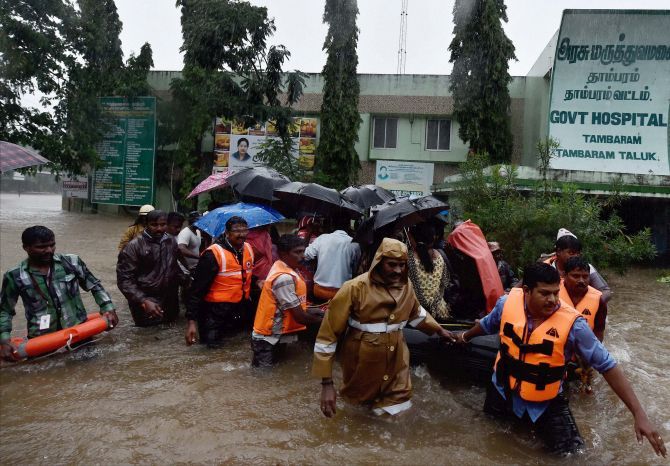 The National Disaster Response Force is the first name that comes to mind whenever a man-made or natural disaster of the scale of Chennai deluge strikes the country.

The force is one of the first responders to disasters and arrives at the site following the orders either from the National Disaster Management Authority or the Union home ministry.

Its troops, clad in camouflaged uniform and red jackets, had rescued hundreds and thousands from incidents relating to flooding, earthquakes, building collapse, gas leakage and boat capsizing from the day it was raised in 2006.

Currently, the force has 10 battalion (11,490 personnel), which were drawn from central paramilitary forces such as the Central Reserve Police Force, Central Industrial Security Force, Border Security Force, and the Indo-Tibetan Border Police Force for the exclusive purpose of rescue and relief.

The Sashastra Seema Bal, which guards the porous Indo-Nepal border, has now contributed its share of two battalions, which are in the process of receiving training.

The force's biggest contribution was felt during the Uttarakhand deluge and its efforts are being appreciated for the ongoing Chennai floods rescue and relief work.

However, many in this specialised force feel they are not being treated on par with those in the armed forces.

Their sentiments arise from the fact that none of the NDRF personnel, who were killed in the Uttarakhand helicopter crash, received any medal.

In contrast, the five Air Force crew, who lost lives in the same crash, were honoured with posthumous gallantry medals.

Then there are issues related to infrastructure. The force headquarters is barely sufficient for its personnel and daily activities.

Many battalions, which are located in different region of the country, operate out of makeshift facilities.

According to a newspaper report, its request for increasing staff strength was denied, saying the force should have not more than 16 members for daily activities, including coordinating with various wings of governments, state governments and training of the battalions.

The report said the elite National Security Guards, which has only six battalions, has 200 staff posted at its headquarters.

However, such shortcomings have not let the morale of the force down. Deputy General of Police S S Guleria, who had supervised the force operation during the Kashmir deluge last year, is holding the ground in Chennai with 30 teams comprising 1,200 personnel.

Four more urban search and rescue teams are being airlifted from Pune and Patna to Chennai. Thus far, NDRF has managed to rescue 5,000 people to safer places.

"We are facing difficulties as a vast area is submerged and the water level is high," says an NDRF officer. The magnitude of the problem has increased due to non-operational runway, highways and railways in the state.

The major responsibility of mitigating a disaster rests with the state government, but insiders say some states are still slow in implementing the guidelines and instructions according to the National Disaster Management Act.