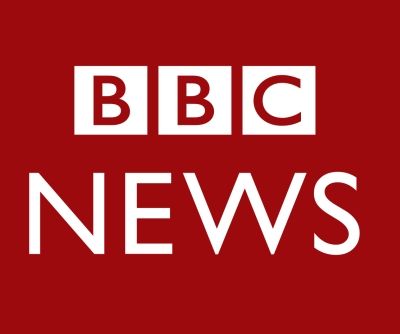 The environment ministry has suggested "blacklisting" of a BBC producer for "grossly erroneous" reporting after its documentary projected the government's anti-poaching strategy at Kaziranga Tiger reserve as "shoot-to-kill" policy.

An Office Memorandum issued by National Tiger Conservation Authority has taken strong objection to the documentary for portraying India's wildlife conservation efforts at the reserve in "negative" light.

BBC News South Asia Bureau and the producer of the documentary -- 'Killing For Conservation'-- Justin Rowlatt has been issued a showcause notice asking them as to why their permissions should not be revoked.

The documentary examines the government's anti-poaching policy and seeks to find if the communities in the areas near the reserve have been affected.

The NTCA in its showcase has also asked the documentary to be removed from online portals with immediate effect and directed the Indian High Commission in the United Kingdom to take action.

"As per (powers) vested by section 38 0(k) of the Wildlife Protection Act 1972, this authority hearby directs the BBC News South Asia Bureau and Justin Rowlatt to showcause as to why their permissions should not be revoked for violating clauses of the no-objection and clearances given by this authority within seven days," the OM said.

If the BBC fails to comply, its filming permission in all the tiger reserves of the country stand revoked, it said.

"Further, the said documentary uploaded on various online portals be removed with immediate effect by parties concerned. The Indian High Commission in the United Kingdom is requested to take action as appropriate in the matter," the OM said, adding it was a "breach of trust" by the producer.

A BBC spoksperson, when contacted said the film makes clear the successes achieved by India's conservation policies in preserving the country's most iconic wildlife.

"However, the film also expressly set out to explore the challenges of India's conservation drive and during production it became clear that one of those challenges was the impact on communities living next to the park.

"Our audiences expect us to bring them the full picture, while adhering to our editorial standards and this piece is no different," the spokesperson said in a statement.

The statement further said, "The issues raised in the film are part of an important international debate on the appropriate way to combat poaching. We did approach the relevant government authorities to make sure their position was fully reflected but they declined to take part."

The NTCA, which comes under the Environment Ministry, said the producer, with "scant" understanding of laws of place, has used "spasmodic" event as an umbrella to judge a gamut of conservation efforts that go into safeguarding "our wildlife heritage".

"The immunity provided to the forest officials under section 197 of the Criminal Procedure Code (CrPC) has been constructed as a 'shoot-to-kill' policy," it said.

The NTCA found the producer guilty of "dishonouring" the undertaking provided and not working constructively with the government which resulted in portraying the conservation efforts in India in "extremely negative light".

It also said the documentary "deviated" from original programme submitted to the Ministry of External Affairs, giving a "false" synopsis with the "surreptitious mal-intent" of obtaining permission from relevant authorities.

It said it is not incorrect to assume that portrayal of wildlife conservation in India by Rowlatt and his production house shall provide a "fillip" to wildlife offences especially poaching.

"It is suggested that the said producer Justin Rowlatt be blacklisted and the BBC be given a warning to adhere to clauses provided in clearances and approvals of government," it said.