Raja, a strong Dalit leader of the Dravida Munetra Kazhagam and prime accused in the 2G spectrum allocation case, has written to Chacko to allow him to appear before the JPC.

Pathak’s argument is, “When the JPC is formed to unearth the truth behind the 2G spectrum allocation, how can you stop the prime accused from coming to the JPC? As Raja has told our leader Yashwant Sinha (and I) that he wants to share the truth of the issue, he should be allowed to do so.”

While disputing Chacko’s decision to ask Raja to send his version in writing, Pathak said, “In the past, the JPC had met to decide the ‘order of business’. We have furnished our list of people to be invited. The committee has taken a joint decision so far. So how can Chacko now say that Raja should give his statement in writing only? I don’t understand why Chacko is not calling Raja to the JPC? Does it mean there is something to hide? Sinha has to let Raja appear before the JPC if it helps to unearth the truth.”

Raja wrote in his letter to Chacko, "It would appear that the JPC has already reached a conclusion on this without even hearing my evidence. I would call upon you to proceed with an open mind in the interest of a fair inquiry and not reach any premature conclusion."

Raja means business. He has explained what he intends to do if and when he is invited to appear before the JPC.

“I will establish that these allegations (made against him) are misconceived and that all decisions were taken collectively by the department of telecommunications with the express or tacit consent of other senior functionaries of the government," Raja said.

Pathak, a seven-time member of Parliament from Ahmedabad, and Sinha, a senior leader of the Bharatiya Janata Party, have received two letters from Raja this month, explaining his position.

Raja’s stakes are high because as he is not only the prime accused, but he is already chargesheeted and was jailed for his involvement in the 2G case. He is facing grave charges of wrongdoings because of which the exchequer has lost millions of rupees.

Surely, his appearance will be a great media event. It is politically sensitive issue because it seems that Raja wants to drag the Prime Minister’s Office and the then Finance Minister P Chidambram into the controversial case.

Neither the chargesheet filed by the Central Bureau of Investigation, nor the court judgement in connection with the 2G spectrum case has harmed the finance ministry or the PMO so far. Sensing what Raja wants to do, the government is treading carefully.

The government is currently cornered by the three foreign policy issues related to Sri Lanka, Pakistan and Italy. In addition, the Lok Sabha’s Budget Session is on, so it surely does not want one more media spectacle.

The BJP believes that Raja wants to highlight and bring to notice two aspects of the 2G case. Raja claims that he has evidence to prove that Chidambaram had fully conferred with Raja’s decision to avoid the auction and go for the ‘first come-first serve’ option.

Raja wants to indicate that the FCFS route has landed him in trouble but not Chidambram who was equal partner in the decision.

Raja claims that the paper trail is enough to prove his claim. Also, Raja has enough material to show that how he kept PMO well-informed of his actions related to the 2G spectrum allocation.

He wants to say that in coalition government it is not alright to blame one party (DMK) alone, when the decisions were taken collectively and Congress leaders in the Cabinet were also part of the decision-making process.

Pathak says if Raja is not invited to the JPC then the conclusion of the JPC will not mean much. 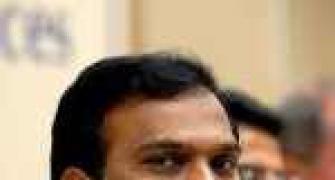 2G scam: A Raja wants to appear before JPC 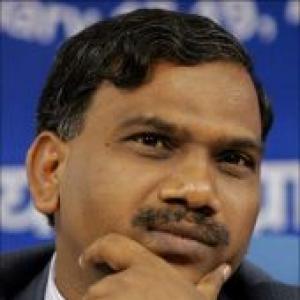 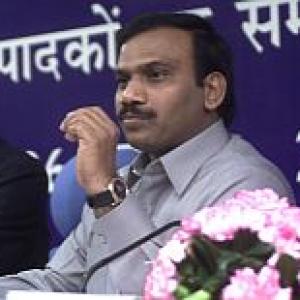 2G case: Raja may be asked to submit stand in writing