News
Business
Movies
Sports
Cricket
Get Ahead
Money Tips
Shopping
Sign in  |  Create a Rediffmail account
Rediff.com  » News » 'Whoever has looted this country will be caught and punished'

The Supreme Court appointed Special Investigative Team, which is looking into the black money cases, on Thursday said it will go after the offenders "big or small" but also made it clear that the confidentiality of account holders abroad will not be violated.

It added that it was gathering more names other than list of HSBC bank account holders, which was provided by the government to the Supreme Court on Wednesday.

"Before us, nobody is big, nobody is small. Everybody is equal. Whoever has looted this country will be caught and will be punished. That much we assure," Vice Chairman Justice Arijit Pasayat said.

Amidst a raging debate over disclosure of names of foreign bank accounts holders that could threaten future cooperation with other countries, SIT chairman Justice M B Shah said that confidentiality agreement cannot be violated.

"Confidentiality is an international agreement. You cannot violate the agreement. If you violate it, they would not cooperate with us anymore," he said

Justice Shah said the investigation against people accused of stashing money abroad is going on at "very fast" pace and necessary action will be taken against them. “The department is required to follow procedures like issuing notices, hearing the person and thereafter the order can be passed. Even if the order is passed, the party may approach the court and obtain a stay order. So in that set of circumstances, it is difficult to say that department is not moving fast. The department is certainly moving fast," he clarified.

Justice Shah said there will be more prosecution of people who have stashed black money "within a reasonable time". The SIT is also sharing data with other agencies to help it in speeding up its probe, he said.

Attorney General Mukul Rohatgi had on Wednesday submitted a list of 627 names having accounts in HSBC bank, Geneva. These names were earlier shared with the SIT as well.

"At present we have 627 names. However, there are other names which we are gathering as well. We are trying to gather it and it would be investigated and the report would be exhaustive," the SIT chief said adding that the panel will go beyond these names.

Justice Pasayat said the SIT will seek "specific data" from people on black money. "We are putting out an advertisement inviting people to give us specific data not any speculation," he said.

Justice Shah added that the companies named in reports on illegal mining in few states will also be investigated.

"Those companies which are involved in the same, will be investigated and those inquires would reap results soon," said the SIT chief, who also probed illegal mining in Odisha, Jharkhand and Goa.

He said the SIT will meet the November-end deadline given by the Supreme Court of filing status report on 627 names shared by the government.

Justice Shah added there is no problem in sharing of information among various members of the SIT. "There are some cases with the Enforcement Directorate and the Central Bureau of Investigation also and there is no problem of sharing. Everything that can be shared is being shared," he said.

To a question, the SIT chief did not rule out the possibility of black money being routed through foreign banks.

"They must be... For the time being we are not having that information," he said.

The SIT, which was notified on May 29, has held its first meeting on June 2. The members of the SIT include Revenue Secretary, Deputy Governor of Reserve Bank of India, Directors of Intelligence Bureau, ED, CBI, Financial Intelligence Unit and Research and Analysis Wing.

Besides, chairman of Central Board of Direct Taxes, Directors General of Narcotics Control Bureau and Directorate of Revenue Intelligence, and the Joint Secretary Foreign Tax and Tax Research Division-I are also members of the group. The SIT is responsible for investigating cases of black money stashed abroad through coordination of various members. 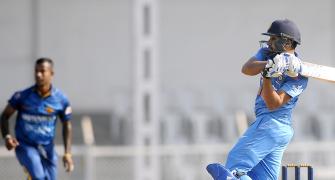 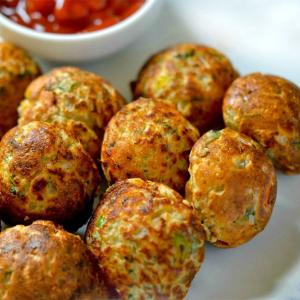 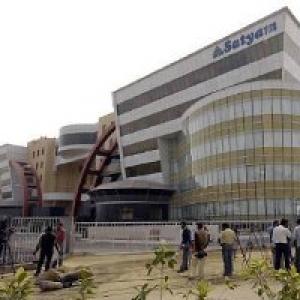