On March 8, Bengaluru techie Prabha Arun Kumar was stabbed to death while returning home in Sydney. A month later, the Sydney police are still struggling to solve the murder mystery. 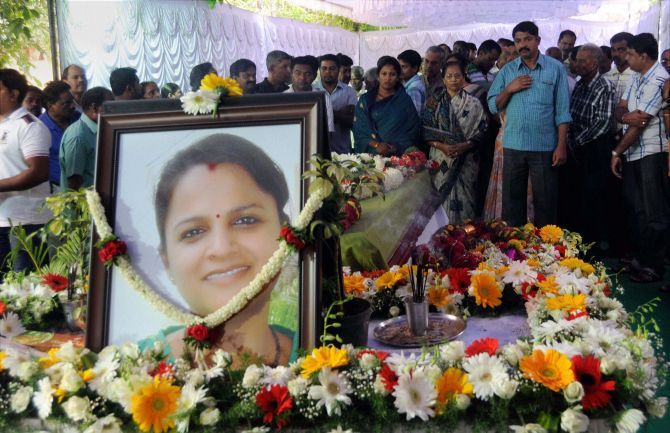 It has been a month since Bengaluru techie Prabha Arun Kumar was brutally murdered in Sydney.

Detectives investigating the case are yet to arrest the murderer or even decipher the motive behind the vicious attack.

Prabha, 41, an IT consultant, was talking to her husband, who was based in Bengaluru, on her mobile phone as she was crossing Parramatta Park on the night of March 8 when she was stabbed to death.

Since then, the New South Wales police has collected a large amount of information about Prabha and her movements leading up to her murder.

A NSW police spokesperson told Rediff.com that while the police are still working to determine the motive behind the crime, they have ruled out that the attack as a racially motivated incident.

There was no evidence to suggest that a sexual assault had taken place, a police official involved in the investigation added, and ruled out robbery to be the motive for the murder.

"As with any homicide investigation, detectives are meticulously and methodically examining each and every line of inquiry which takes time," the police official said, adding that they are also working closely with the Indian community in Sydney.

The New South Wales police has sought assistance from the public and asked that anyone with any information about Prabha's murder should come forward. 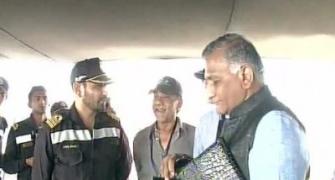 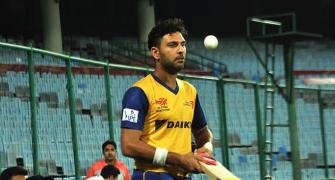 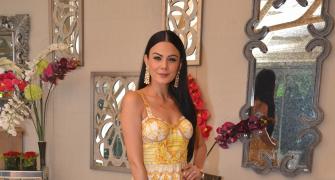 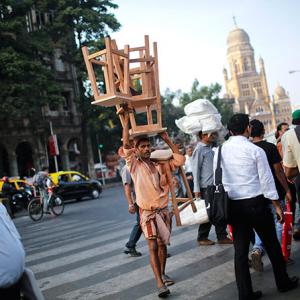 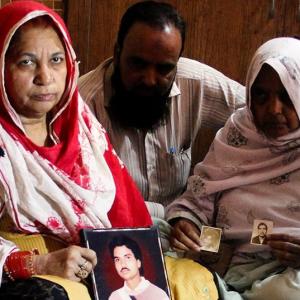