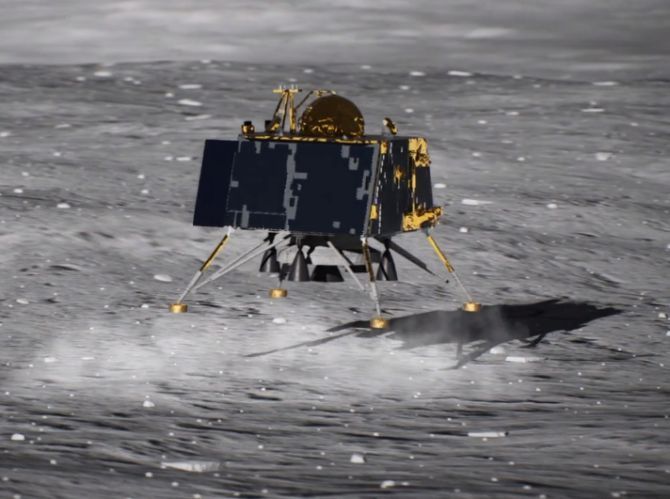 When Brad Pitt rang up the International Space Station (ISS), he had a list of questions for National Aeronautics and Space Administration astronaut Nick Hague that ranged from India's Chandrayaan-2 Moon mission, life in zero gravity conditions and most importantly, if he had bested George Clooney as a cosmonaut.

The ISS crew previewed the actor's space drama, Ad Astra, which has garnered one of the best reviews of his career and is generating Oscar buzz, along with his other screen outing 'Once Upon a Time... in Hollywood'.

"Station, this is Brad, how do you hear me?" the actor asked upon receiving confirmation from NASA for a voice check and in the 20-minute call, carried by NASA TV on Monday, he covered a lot of topics on space exploration.

To which Hague replied, "Hey Brad, this is Nick. I've got you loud and clear. Welcome to the International Space Station."

Pitt continued the conversation with a question on India's Chandrayaan-2 lander Vikram, as part of the country's moon mission.

The Indian Space Research Organisation was unsuccessful in its attempt to land the Vikram module on the Moon's uncharted south pole.

"I got to go to JPL last week and it was on the day when India was landing on the moon and the United States were assisting them in that effort. Could you see that from where you are?" the Academy Award nominee asked.

The US astronaut reflected on the importance of international cooperation in space missions like these.

"Things that should be easy, when you try to do them in space they just get harder. The things that we try to do everyday,the team on the ground, NASA and its international partners do a great job of making really hard almost impossible things look routine.

"It's one of those you can get some complacency. The things that we were able to achieve together is something special," he said.

"For me that the biggest thing that I have pulled from this mission the idea of cooperation at a global scale is what is going to propel humanity into the future," he added.

Pitt later asked Hague a question in a lighter vein: who was more believable in the role of an astronaut, he or fellow actor and close friend George Clooney.

Hague responded with laughter and said, "You were. Absolutely."