'I am not the Manas Deka who attacked Kanhaiya,' says the BJP activist who shares the same name with the man who allegedly tried to 'strangle' the JNUSU leader.
Syed Firdaus Ashraf/Rediff.com reports. What's in a name, the Bard asked four centuries ago.

A lot, if you are Manas Deka, a coordinator of the Bharatiya Janata Party's IT cell based in New Delhi.

Ever since, Jawaharlal Nehru University Students Union President Kanhaiya Kumar was allegedly 'attacked' on a Pune-bound flight from Mumbai, the BJP's Deka has been receiving calls asking him the reason for the incident.

It wasn't him that allegedly 'attacked' Kanhaiya, but another man with the same name.

"I am not the Manas Deka who was involved in a brawl with Kanhaiya," says Deka, a coordinator for the BJP's central committee, National Security Cell.

"I have been getting numerous calls since the incident happened. I want to clarify that I have the same name 'Manas Deka' as Kanhaiya's alleged attacker," Deka adds.

"I am tired of telling people for the last 24 hours not to involve me or my party in this brawl. But my name is wrongly being used on social media," he complains.

So, how did the confusion begin?

"The other Manas Deka is also a software engineer like me," says the BJP's Deka. "I am a former IT engineer who works with the BJP at their Delhi office. Therefore, this added to the confusion."

On Sunday, April 24, Kanhaiya alleged that the Deka, who he alleged had tried to 'strangle' him, was a BJP activist.

However, the other Deka refuted the JNUSU leader's claims. He was quoted by the Hindustan Times saying, 'My hand happened to brush his neck as I was trying to balance myself. I don't know him personally though I have seen his pictures. This is being done for cheap publicity.'

Deka was travelling from Kolkata to Pune where he works with Tata Consultancy Services.

Following the incident, Jet Airways asked both Kanhaiya and Deka to deplane. Kanhaiya later travelled by road from Mumbai to Pune for his meeting.

Meanwhile, the Mumbai police said Kanhaiya had only been involved in a scuffle with a fellow passenger when the aircraft was on the tarmac at Mumbai airport. 'Whatever has been alleged by Kanhaiya's friend," Joint Commissioner of Police Deven Bharti stated, 'in our inquiry we have found it not to be true.' 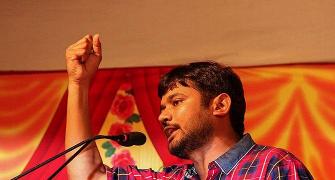 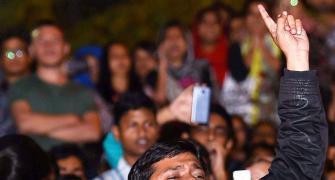 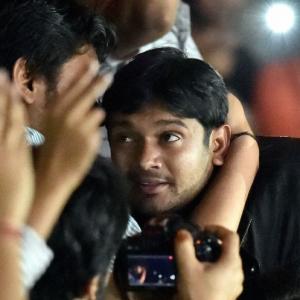 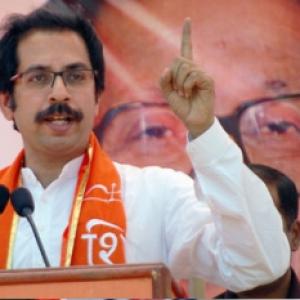