What Kissinger says about India and Afghanistan

India will be the most affected country if 'jihadist Islamism' gains impetus in Afghanistan, former United States secretary of state Henry Kissinger has warned.

Neighbours of Afghanistan should join hands to chart out the future of the war-torn country, rather than depend on unilateral US efforts, he said. Countries in the region including China, India, Pakistan and even Iran could be adversely hit if Afghanistan were to end up with a fundamentalist regime, Kissinger said in a keynote address at a conference organised by the International Institute for Strategic Studies in Geneva last Friday.

"In many respects, India will be the most affected country if a jihadist Islamism gains impetus in Afghanistan," the 87-year-old elder statesman warned.

Kissinger said he has supported the Obama administration's policy in Afghanistan, but it will have to merge at some point into some kind of political end game. "A unilateral American role cannot be a long-term solution. A long-term solution must involve a combination, a consortium of countries in defining, protecting and guaranteeing the definition of statehood for Afghanistan," he said.

"The presence of a terrorist-producing state in that geographic location will affect every country," Kissinger said in his address titled 'Global security governance and the emerging distribution of power'.

"For Pakistan, it will undermine whatever order exists today. Even Iran, as a Shiite country, if it can ever move to think of itself as a nation rather than a cause, can have no interest in a fundamentalist regime in Kabul.

"In many respects India will be the most affected country if a jihadist Islamism gains impetus in Afghanistan. Even China, with its problems in Sinkiang, cannot be indifferent," he said.

He also noted that the centre of gravity of world affairs has left the Atlantic and moved to the Pacific and Indian Oceans.

A different attitude towards strategy exists in Asia, where major countries are emerging into confident nationhood, and the term 'national interest' has no pejorative implication, he pointed out. For example, China has announced a number of 'core interests' which are, in essence, non-negotiable and for which China is prepared to fight, if necessary.

"India has not been similarly explicit, but it has, by its conduct in the region it considers vital, shown a propensity for strategic analysis more comparable to 19th century and early 20th century Europe than the dominant trends in Europe today," he said.

He said the United States remains the strongest single power in the world; constrained in its unilateral capacities, it is still the indispensable component of any collective security system; however that system is defined.

However, it is no longer in a position to be the sole dominant country, Kissinger, also a former US national security advisor, said. "The US must henceforth practice the art of leadership, not as the sole leader, but as a part of a complex world. The United States will have to share the responsibility for global order with emerging power centres," he said.

Kissinger noted that some observers have forecast a multi-polar world, with regional heavyweights, like China, Russia, India, Brazil, or even Turkey, grouping their smaller neighbours and building power blocs that can potentially create a global equilibrium somewhat on the model of the European systems of the 18th and 19th century.

"I do not believe that it is possible to compartmentalise the international order into a system of regional hegemonies. The United States is a Pacific country; it cannot be excluded from East Asia. China or India cannot be excluded from the Middle East and other resource-rich regions," he said, adding that issues like energy and environment cannot be regionalised at all. 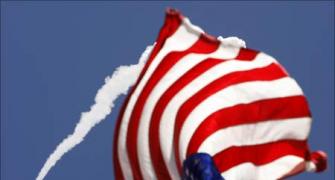 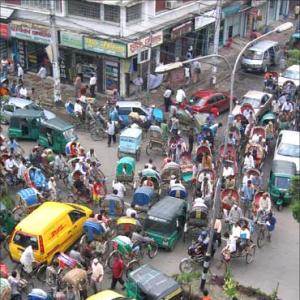 This is the only solution to India's traffic woes 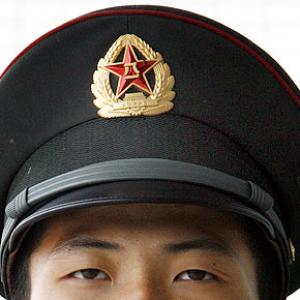