What Did Jaishankar And Blinken Discuss?

Hours after United States Speaker Nancy Pelosi flew out of Taiwan, leaving the Indo-Pacific region in a state of some unrest, External Affairs Minister Dr Subrahmanyam Jaishankar and US Secretary of State Antony J Blinken held extensive talks ahead of the ASEAN meeting in Cambodia on Thursday, August 4, 2022. 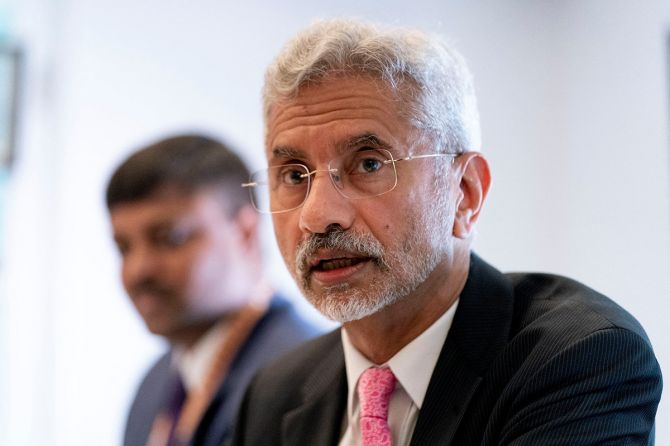 IMAGE: Beijing's reaction to the Pelosi visit, conducting fire drills in the Taiwan Sea, must no doubt have been top of the agenda in the discussions between Dr Jaishankar and Blinken. All Photographs: Andrew Harnik/Pool via Reuters 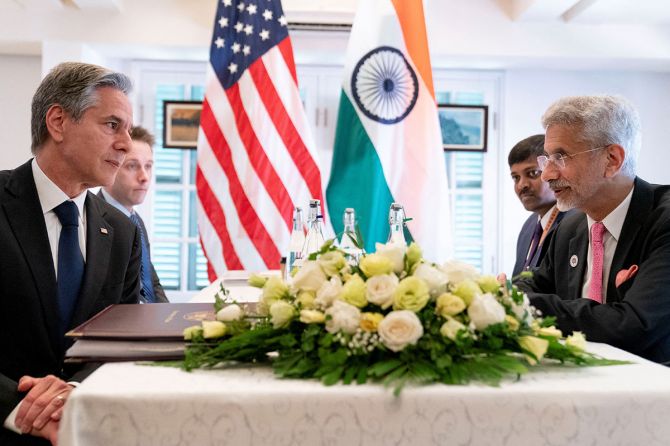 IMAGE: As must have been Beijing's belligerence in Ladakh where 16 rounds of talks between Indian and Chinese army commanders have failed to resolve the nearly 26-month military standoff in the Union Territory. 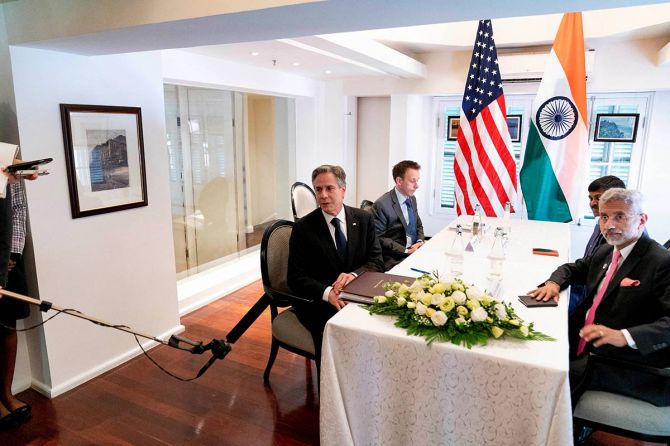 IMAGE: Blinken would have continued to express America's concern over the war in Ukraine, which entered its fifth month on July 24, and India's decision not to censure the Vladimir Putin regime in the Kremlin over the senseless conflict which sees hundreds of casualties on both sides each week. 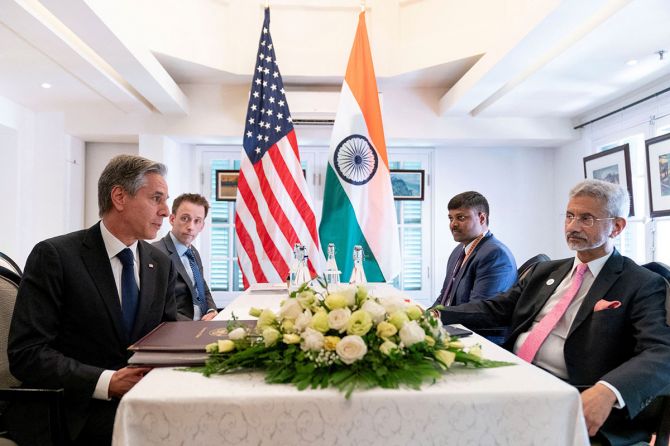 IMAGE: Blinken may have briefed Jaishankar on Sunday's assassination of al-Qaeda leader Ayman al-Zawahiri and its impact on terrorism in the region.
The US has asked its citizens not to travel to South Asia and other potential hot spots where their lives could be endangered by Islamists seeking revenge for the terrorist mastermind's death. 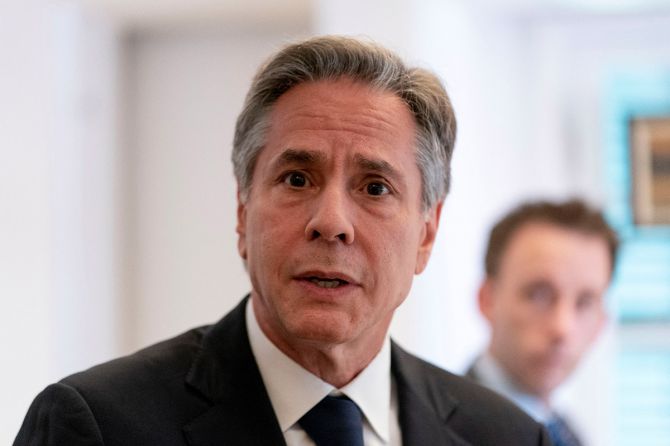 IMAGE: Much of India-US diplomacy is undertaken away from the usually inquisitive American media's scrutiny, so one can only surmise that the Jaishankar-Blinken chat in Phnom Penh will push the most crucial element -- the security and defence component -- in the relationship further than what it was last year, before a wee bit turbulence upset ties over the India-Russia-Ukraine equation.