Chief Justice of India designate Justice Sharad Arvind Bobde, who will assume charge as the 47th Chief Justice of India on November 18, in a wide-ranging interview discussed the significance of dispensation of timely justice, criticism of judges and the lack of infrastructure in judiciary. 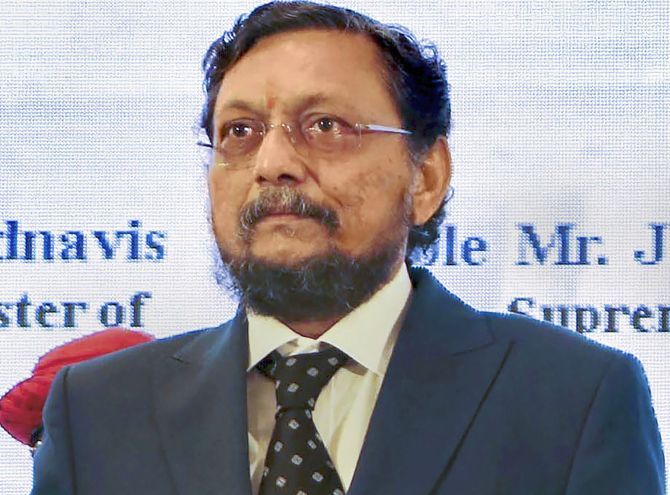 The Chief Justice of India designate took a grim view of unrestrained criticism of judges on social media for some of their judicial actions. Bobde said it bothers him when he sees judges feeling "harassed" and finds the attack difficult to ignore.

He also said the unrestricted criticism was not only scandalising but also tearing apart judges' reputation.

Criticism of judges instead of their judgments including on social media is actually an offence of 'defamation', said 63-year-old Bobde.

Asked whether criticism of judges bothers him, Justice Bobde said, "To an extent. Yes. It bothers me. That it might affect the performance of courts and I see judges who feel harassed. To that extent it bothers me. Nobody likes it. Everybody is not thick-skinned enough to ignore. Judges are also normal human beings."

He, however, said that at the moment, the apex court cannot do anything to address the uncontrolled criticism on social media platforms.

"What can we do? We cannot do anything to this kind of media as of now. We don't know what steps to take. They are not only scandalising but tearing apart people's reputation and judges' reputation", he said and sarcastically added, "On top of that, there is a grievance that there is no freedom of speech".

"Criticising the judge and not judgment is defamation", said Justice Bobde, who will have a tenure of about 18 months.

Justice Bobde said the highest priority of any judicial system has to be dispensation of timely justice as it can neither be "unduly delayed" nor "unduly hurried".

An undue delay in justice delivery could result in increase in crime and it could also result in erosion of the rule of law, he said.

Justice Bobde said the government is "very alive" to the needs of the judiciary like lack of infrastructure and that the Centre as well as the state governments are making adequate provisions for this.

He said it is high time the judiciary resorts to modern functioning, including artificial intelligence for dispensation of justice, as it would aid judges in delivering speedy justice.

"The highest priority of any judicial system has to be justice and at no cost it can be sacrificed for anything else because that is the reason for existence of courts and if that is sacrificed, rest does not matter, only goal is justice. In that process, you have to ensure that it is delivered in reasonable time," Justice Bobde said.

Giving illustrations, he said there can be extortion if money suits are not decreed, muscle power can be used to evict people and "that is not desirable."

"In other words, it can result in erosion of the rule of law. So we have to do our best to ensure that timely justice is delivered. Obviously for this, sufficient and adequate infrastructure is necessary," he said.

Asked whether there is a move by the Supreme Court to have a permanent five-judge Constitution bench to deal with questions of vital importance, he said incumbent CJI Ranjan Gogoi has some thoughts on this.

"Let's see how I will look into it. You can say that the Supreme Court is likely to have permanent bench," he said. 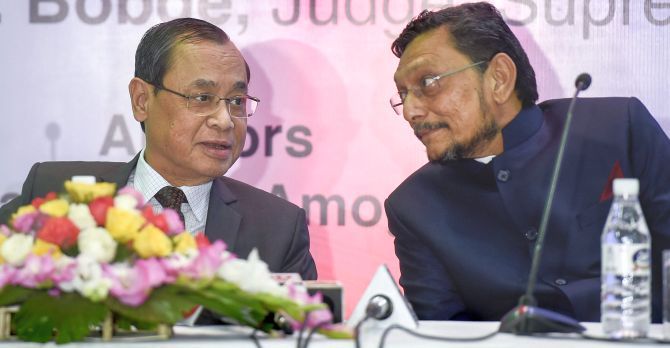 >> Modernising the judiciary and filling vacancies

On the issue of huge vacancies of judges in courts across the country, Justice Bobde said he would take to the "logical end" the steps taken by the incumbent CJI in this regard.

Justice Gogoi has taken note of vacancies and lack of infrastructure in courts and monitoring them by issuing directions to all the states and respective high courts to do the needful within a fixed time line.

Asked how he unwinds after marathon and surcharged hearings in cases like Ayodhya where tempers run high among lawyers, Justice Bobde gave a cryptic response, saying, "I forget it the moment I get up from the seat. I simply forget it". 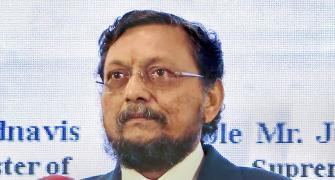 'Not in favour of disclosing collegium deliberations' 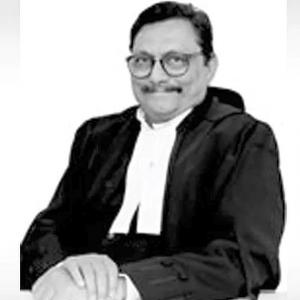 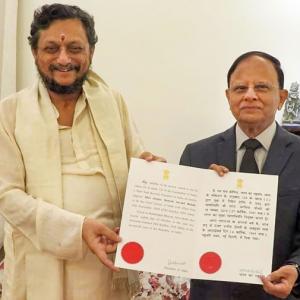