Raids on Taapsee, Anurag: FM says they were raided in 2013 too

In comments seen as defending income tax raids on Bollywood actor Taapsee Pannu and filmmaker Anurag Kashyap, Finance Minister Nirmala Sitharaman on Friday said the same persons were raided in 2013 as well, but no issue was made out then as it is being done now. 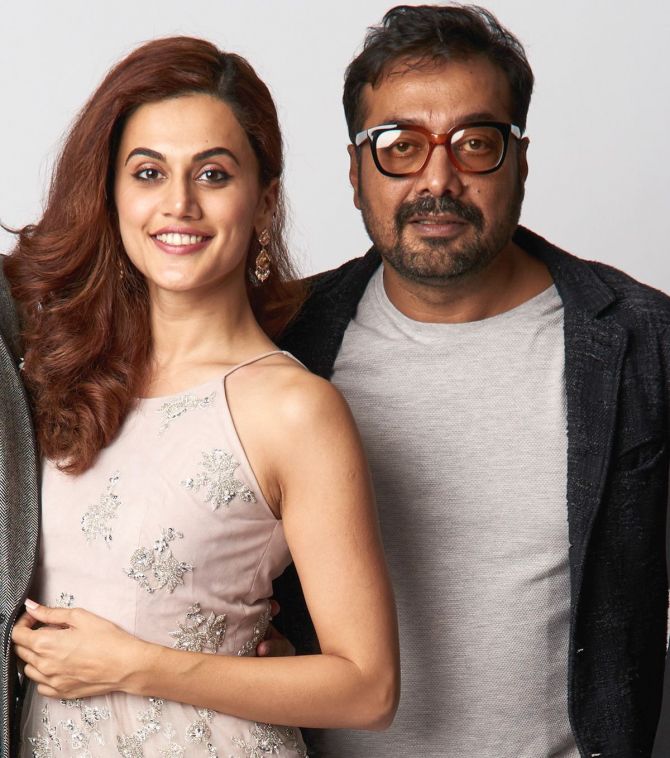 Refusing to comment ons individual cases, she said it is in the national interest to know if some evasion is happening.

"First of all, I am not commenting on any A or B individual. (But) since the names were taken, (I want to say) the very same names were raided in 2013," she said in an interaction with journalists at Indian Women's Press Corps.

She, however, did not talk about the outcome of the 2013 raids and if any follow-up action was taken in the last seven years.

The Income Tax Department on March 3 began raids on the homes and offices of Pannu and Kashyap as well as his partners, who launched the now-shuttered production house Phantom Films.

The searches, part of a tax evasion probe against Phantom Films, carried out across 30 locations in Mumbai and Pune, also covered Reliance Entertainment group CEO Shibhasish Sarkar and some executives of celebrity and talent management companies KWAN and Exceed.

Asked to comment on the raids, Sitharaman spoke of the 2013 raids not being an issue and they suddenly become one now.

"Answer it for the hypocrisy or answer it, saying from then this is happening till now, what's the matter (with now)," she said. "In the national interest, do we want to know if there is some evasion happening."

Pannu and Kashyap are both known to be outspoken in their views on a range of issues.

"I don't know. I am not commenting on a particular case. But if that relates to particular names I want to ask - should we raise questions whether there was a serious omission and commission or should we raise a question about 'oh it's happening now'?" Sitharaman said. "Please look back. It happened in 2013."

The tax department in a statement on Thursday stated that search and survey operations were carried out in Mumbai, Pune, Delhi and Hyderabad.

"During the search, evidence of huge suppression of income by the leading film production house compared to the actual box office collections has been unearthed," it had said, referring to Kashyap's venture. "The company officials have not been able to explain the discrepancy of around Rs 300 crore."

"Evidence related to manipulation and under-valuation of share transactions of the production house amongst the film directors and shareholders, having tax implication of about Rs 350 crore has been found and is being further investigated," it had said, adding "evidence" of cash receipts by the actor amounting to Rs 5 crore had been recovered.

Tax department sources said some inter-linked transactions between the entities searched are under the scanner of the department. The raids, they added, are aimed at gathering more evidence to further probe tax evasion allegations against them.