We were resolute and strong: Jaishankar on border issue

India was strong and resolute when it came to handling the border issue and dealt with it in an effective manner, External Affairs Minister S Jaishankar said on Friday in an apparent reference to the standoff between India and China. 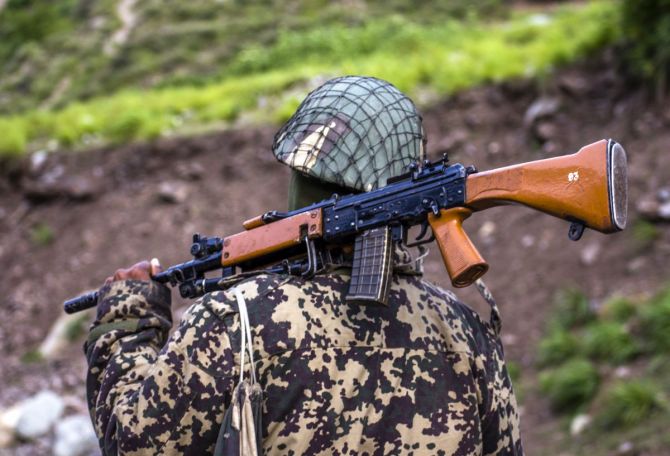 Similarly, India also dealt effectively with the COVID-19 pandemic and its economic impact by fashioning its own response after listening to everyone, he said at the inaugural session of the 'Asia Economic Dialogue' organised by the Pune International Centre.

"Last year, we had three big developments which all impacted us nationally. They impacted the world as well -- one was COVID-19, the second was its economic impact and the third was the challenges that we found on our border which obviously had implications," the external affairs minister said.

"In each of these cases, I would assert to you that they were difficult challenges. There were a lot of debates as indeed there should be, there were tough decisions, lot of second guessing and a lot of free advice given around. I would say, as a government we listened to everything and then we did what we thought was the right thing to do," he asserted in his remarks during the session titled 'Resilient Global Growth in a Post- Pandemic World.

Elaborating on India's responses to the three key developments last year, Jaishankar said that in the case of the COVID-19 outbreak, the government went for an early lockdown, induced a degree of social discipline and set up truly impressive health infrastructure in a very short space of time.

"I mean to create 16,000 dedicated centres and to go from zero to becoming an exporter of PPE masks, ventilators and testing kits, I think, frankly, was a very big deal," he said.

On dealing with the economic impact of the COVID-19, he said that also involved a lot of debates but the government consciously decided that there was a timing element to what should be the response and did not get pressured into "front loaded stimulus measures".

Talking about dealing with the border issue faced by India, Jaishankar, without naming any country or going into details, said, "You know again we did what we had to do. There was a very active debate which still continues to this day. It is natural for people to offer advice, often on matters which they may not have particular knowledge of, that are a human trait. But again if there was what came through it was that we were resolute, we were strong about protecting our interests."

"And in each case I would suggest to you we thought through a very complicated issue. Listened to everybody but made up our mind and eventually fashioned a response which was effective," Jaishankar said.

The border standoff between the Indian and Chinese armies erupted on May 5 last year following a violent clash in the Pangong lake areas and both sides gradually enhanced their deployment by rushing in tens of thousands of soldiers as well as heavy weaponry even as the two sides continued military and diplomatic talks.
Last week, armies of the two countries concluded withdrawal of troops and weapons from north and south banks of Pangong Tso in the high-altitude region.

On resilience in the post-COVID world, Jaishankar said there are two things that India needs to do -- "manage home, in the most expansive sense of the word strongly and well, and to contribute more and more abroad".

Jaishankar also explained the government’s resolve to build an Aatmanirbhar Bharat, saying the first step in it is "thinking it through for yourself and not letting others push you and pressure you".

Underlining that the government has undertaken "deep reforms", Jaishankar said the COVID period was not just a health response period, but was also a period which government used to fashion new policies and push through what were much-needed reforms which previous governments were reluctant to take whether in agriculture, labour or eduction.

A lot of that mindset is reflected in the budget presented by the government earlier this month, he said.

Looking ahead, Jaishankar said, "First of all going back to 1992 is not the answer. My sense is if you do not build more capabilities at home, openness by itself is not a solution for the society as it just means leaving oneself wide open to other people who may have far more predatory practices."

"It is very important to be strong at home, to build capabilities at home," Jaishankar said.

“We cannot be politically agnostic when we look at the world," he added.