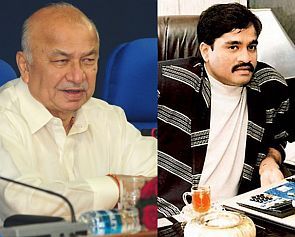 India's most wanted terrorist Dawood Ibrahim is in Pakistan and joint efforts with the United States were being made to nab him, Union Home Minister Sushilkumar Shinde said on Friday.

"As per our information, Dawood is in Pakistan. When I went to America last year to discuss inland security, I met the Attorney General who looks after the FBI. I talked to him and we decided that we will pass whatever information we have on Dawood amongst each other," Shinde said when asked about the whereabouts of Dawood who is wanted in a number of cases by Indian agencies including the 1993 Mumbai blasts.

The minister was addressing his monthly press conference in New Delhi.

The home minister, on the same question about Dawood last year, had said all such wanted elements will be brought back "one by one".

"All will come. Just wait," he had said.

According to the US, Dawood maintains close links with terror outfit Al Qaeda. As a result, the US declared him a "global terrorist" and pursued the matter before the United Nations in an attempt to freeze his assets across the world and crack down on his operations.