We have fine-tuned our strategy on FDI vote: BJP

The Bharatiya Janata Party on Tuesday said it is against rushing through the Foreign Direct Investment-related Foreign Exchange Management Act notification in Parliament along with the main debate on the issue.

"As far as regulation notification under the Foreign Exchange Management Act is concerned in terms of Section 48 of FEMA, that notification has to placed on the floor of the House for 30 days to enable the members to see it, consider, think and submit modifications and disapproval amendments. It cannot be rushed through along with the main debate on the FDI issue. We oppose it and we will approach the Chair in this regard," BJP spokesperson Ravi Shankar Prasad told reporters after a Parliamentary Party meeting.

He said, "A whip has been issued to all party MPs of both Houses. The party has fine-tuned its strategy as far as opposition to FDI is concerned. The debate in Lok Sabha will be started by Leader of Opposition Sushma Swaraj and senior leader Murli Manohar Joshi will speak on Wednesday."

Prasad said in Rajya Sabha, the debate will be initiated by Leader of Opposition Arun Jaitley. Senior leader M Venkaiah Naidu will also intervene in the debate.

The FEMA rule is key for operationalising the policy decision to open FDI in multi-brand retail.

Taking a dig at Dravida Munnettra Kazhagam for its refusal to support the BJP due to its concerns on 'communalism', Prasad said, "Some of the members, during the Parliamentary Party meeting today, raised a very fundamental issue about a stale debate on the bogey of communalism. There are many parties still in Parliament who were in power with the BJP at the Centre and states for many years. The bogey of communalism then vanishes and suddenly when a different interest becomes overpowering, this bogey is raised."

He pointed out that the DMK was in power with the BJP under then prime minister Atal Bihari Vajpayee for close to six years.

"Then it was not communalism at all. The people of the country can see this game. Those who make phony opposition to FDI will stand exposed before the people," he said.

Reacting to the Congress's allegation that Gujarat has given undue benefit to a foreign company, he said it was "baseless".

"That agreement with Geo Global was terminated by the Gujarat State Petroleum Corporation in August 2010 and thereafter, the corporation has been requesting the petroleum ministry to make suitable amendments in the production-sharing contract," he said.

"The petroleum ministry is sitting over it. The exploration has not started yet and not even a single penny has been paid. Congress is blaming the Gujarat government for the inaction of the government of India," Prasad said. 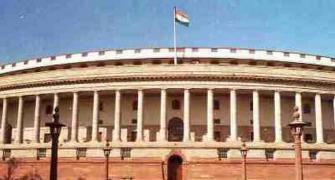 Govt confident of numbers ahead of FDI debate in Lok Sabha
Cong, BJP in war of words over cash transfer scheme
Govt seeks to keep Maya in good humour ahead of FDI vote 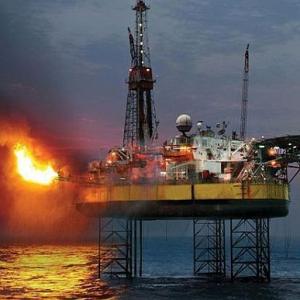