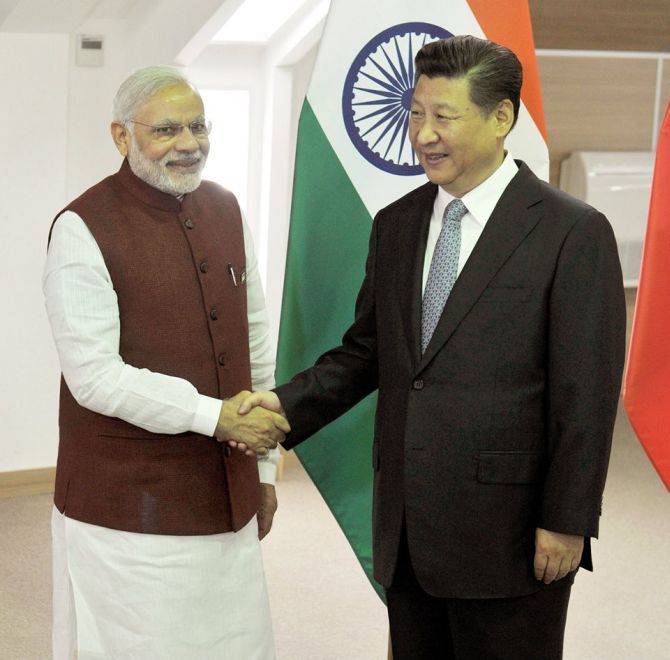 Virtually defending its move to block India's demand in United Nations to take action against Pakistan for the release of Mumbai attack mastermind Zaki-ur-Rehman Lakhvi, China on Thursday said its stand was based on "facts" and in the spirit of "objectiveness and fairness".

"As a permanent member of the UN Security Council China always deals with the 1267 committee matters based on facts and in the spirit of objectiveness and fairness," foreign ministry spokesperson Hua Chunying told reporters in Beijing on Thursday.

She was responding to a question on Prime Minister Narendra Modi taking up the issue with Chinese President Xi Jinping during their meeting at the Russian city Ufa on the sidelines of the BRICS and Shanghai Cooperation Organisation summits on Wednesday.

Terming Modi-Xi talks as "constructive and inclusive", she said China has maintained good communication with India and other parties on the  Lakhvi issue.

At a meeting of the UN sanctions committee last month, India had sought action against Pakistan for release of LeT commander Lakhvi in the 26/11 trial in violation of a UN resolution but the Chinese representatives blocked the move on grounds that New Delhi did not provide sufficient information.

Thursday's replies by Hua were little more elaborate than the Chinese foreign ministry's earlier replies on the issue.

On July 2, answering questions on the technical hold put by China on the Lakhvi issue in UN, Deputy Director General of the Asian Affairs Department of Chinese foreign ministry Huang Xilian said the issue should be discussed in the India-China joint mechanism on terrorism between the two countries.

"We have mechanism of counter-terrorism consultation between the two ministries" in which it can be discussed, he had said.

However, in his briefing after Modi-Xi talks on Wendesday night, Foreign Secretary S Jaishankar said, "The MEA can discuss with the Chinese embassy. There are a range of mechanisms."

The prime minister while conveying his concerns to Xi told him how the people of India viewed the Chinese action, he said.

In a letter to the current Chair of the UN Sanctions Committee Jim McLay, India's Permanent Representative to the UN Asoke Mukherjee had said Lakhvi’s release by a Pakistani court was in violation of the 1267 UN resolution dealing with designated entities and individuals.