A Trinamool Congress party office was ransacked and vehicles ferrying Bharatiya Janata Party workers were set on fire in clashes that broke out following a rally by BJP chief Amit Shah at Kanthi in East Midnapore district of West Bengal on Tuesday, the parties claimed. 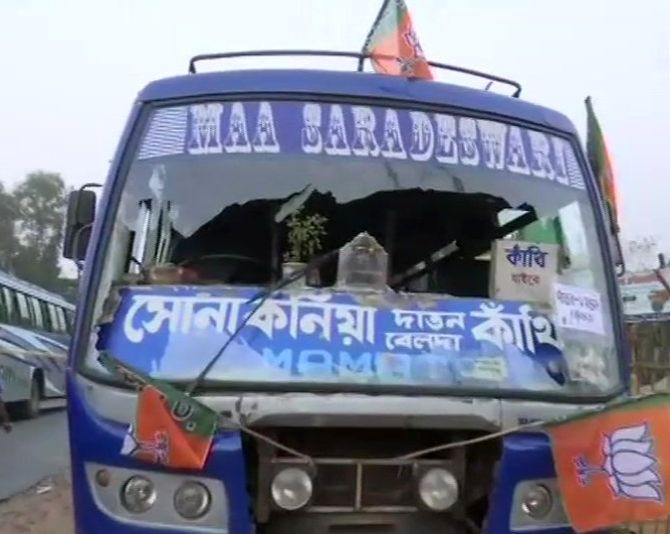 Sources in the two parties said three persons were injured in the clashes.

No confirmation was available from the police.

During the telephonic conversation with Banerjee, Singh asked her to take action against those who indulged in the violence.

The home minister called up the chief minister to express serious concern over the reports of large-scale violence and arson against people who participated in the rally of the BJP president in East Midnapore district, a home ministry official said.

The BJP alleged that buses in which party workers were returning from Shah's rally were ransacked and set on fire allegedly by TMC activists.

The Trinamool Congress on the other hand claimed that BJP workers had attacked a local TMC party office in Kanthi and vandalised it. 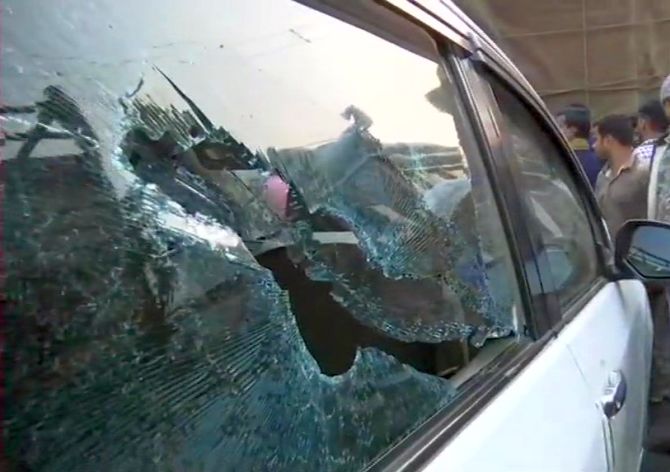 Irked TMC supporters then retaliated and clashes broke out, they said.

"When our supporters were returning from Amit Shah's rally they were attacked by TMC activists. This is a shame. We condemn it," BJP state president Dilip Ghosh said.

Senior TMC leader Suvendu Adhikari claimed that the BJP is trying to disturb peace and stability in the district.

Shah, addressing the rally, launched a scathing attack on the TMC government and vowed to uproot it.

He had alleged that TMC supremo Mamata Banerjee's paintings were bought by chit fund owners for crores of rupees.

Meanwhile, senior TMC leader Chandrima Bhattacharya has issued a defamation notice to Shah for his remarks against Banerjee.

At a rally in East Midnapore district's Kanthi, Shah launched a scathing attack against the TMC government in West Bengal and alleged that Banerjee's paintings were bought by chit fund owners for crores of rupees.

Bhattacharya, who is also the minister of state for health in West Bengal government, accused Shah of trying to malign the TMC supremo's image by "uttering lies" 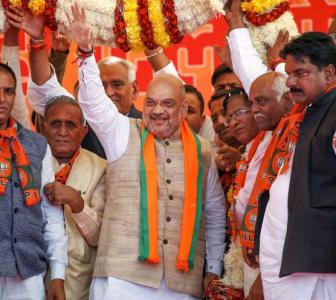 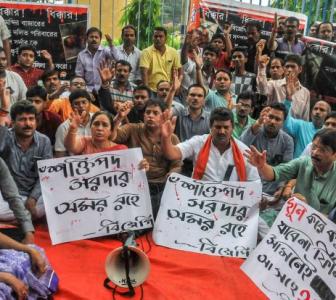 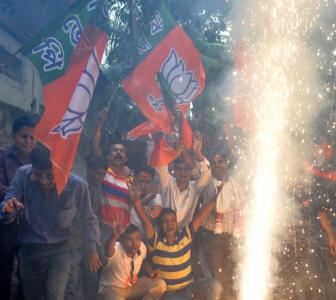 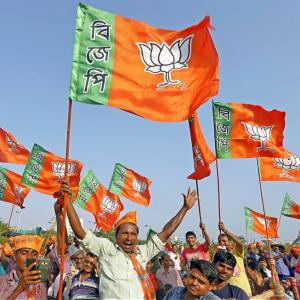 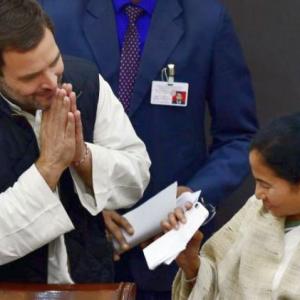