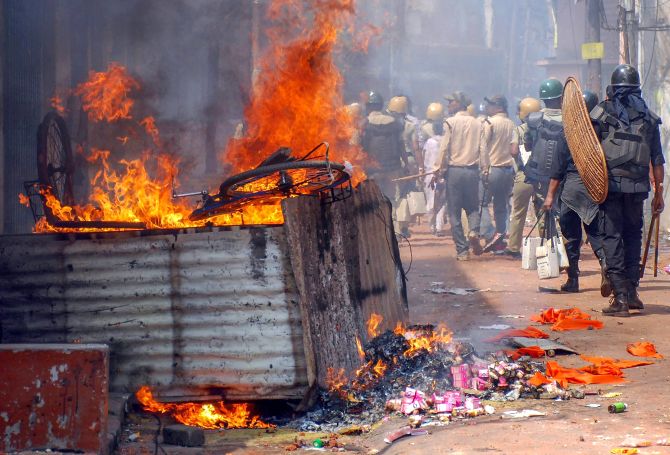 A senior West Bengal minister on Wednesday accused the Bharatiya Janata Party of fomenting trouble in the state “using the name of Lord Rama”, a charge that drew the ire of the party, which lashed out at chief minister Mamata Banerjee, accusing her of “doing politics” in the national capital while her state was “burning”.

Education Minister Partha Chatterjee said attempts were made to create unrest in Raniganj and Asansol and the administration had handled the situation there.

He warned that steps would be taken by the administration against those violating the law.

“The BJP is fomenting unrest in the state using the name of Lord Rama,” Chatterjee, who is also the TMC secretary general, told reporters in Kolkata.

On the Centre seeking a report on the violence from the state government, Chatterjee said he was not aware of any such move.

Asked about the Central government’s offer to send paramilitary forces to the state, he said, “Media reports have mentioned the Centre’s offer but a decision in this regard has to be taken by the chief minister... We are competent and had tackled many difficult situations in the past”.

The Centre has sought a report from the West Bengal government on incidents of arson and violence during Ram Navami processions earlier this week and offered assistance to deal with the situation, an official spokesperson said.

Accusing the BJP of fanning trouble in the state, Chatterjee said the party workers could take out processions but should not carry arms.

Referring to state BJP president Dilip Ghosh’s allegation that its workers were provoked by the police, he said, “They had carried arms. Is it then a provocation if the police took action? Action will be taken if there is any violation of law.”

On the BJP’s charge that the chief minister was away in Delhi when there was trouble in the state, Chatterjee said, “She is there in the interest of the people. She is there to share the people’s agony created by the BJP.”

“Bengal is burning and Mamata is doing politics in Delhi. It is like Nero fiddling while Rome was burning,” he said.

The union HRD minister alleged that “innocent devotees of Lord Ram” were attacked by TMC workers in the state and the West Bengal government was doing nothing about it.

He accused Banerjee of being “insensitive” towards the state, and said, “This attitude of the TMC supremo is an insult to the people’s mandate. It is also an insult to the chief minister post.”

A statement issued by the Raj Bhavan in Kolkata said the West Bengal government has advised Governor K N Tripathi not to visit Durgapur to call on a police officer who was injured in Raniganj when violence broke out over Ram Navami processions.

The governor had planned to visit the hospital in Durgapur where Asansol-Durgapur deputy commissioner of police Arindam Dutta Chowdhury is being treated after he was injured on duty on March 26 and also to acquaint himself with the situation, the statement issued by the governor’s press secretary said.

Dutta Chowdhury lost a hand when agitators hurled a bomb at him.

The state government had said because of the deployment of police in the area, it would be difficult for it to provide adequate security to the governor during the visit, the statement said.

The state government also said the situation was still tense there, including in the nearby areas of Raniganj and Asansol, and it was not advisable for the governor to visit Durgapur, it said.

The governor has appealed to all sections of society to maintain peace, it added.

Asked if the state government had advised the governor not to visit Durgapur, Chatterjee said, “I do not know (about that)”.

In reply to a question on whether he thought the governor should visit the troubled area, the minister said, “Let peace be restored there. One can always go”.

Heavy police force was deployed in the Raniganj area of West Bengal yesterday after clashes broke out between two groups on Monday over a Ram Navami procession in which one person was killed and two police officers were injured, a district official said.

In a group clash in Purulia on Sunday, one person was killed and five police personnel were injured. 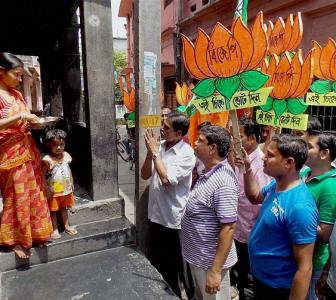 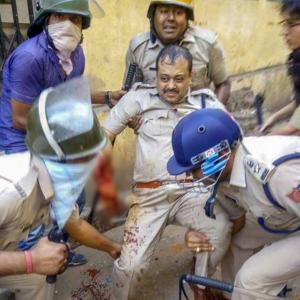