I regret I couldn't die as a CPI-M member: Somnath 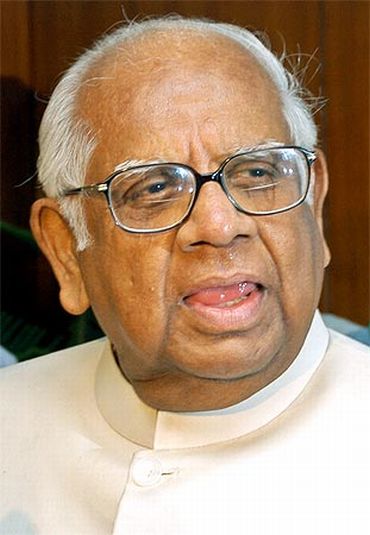 On the outskirts of Santiniketan, in a sprawling bungalow, lives an octogenarian gentleman with his wife. The hurly-burly of the outside world does not disturb the peace there.

He was Speaker of the Lok Sabha from 2004 to 2009, and was leader of the Communist Party of India-Marxist in Parliament from 1989 to 2004. Yet, when the state is engulfed in a do-or-die battle between the Left and the others, he has no role.

Somnath Chatterjee was expelled from the party in 2008 over the issue of the Left's withdrawing support from the United Progressive Alliance government, which later also forced him to retire from active politics. Yet, he says he considers himself very much a Marxist.

He was successful as a barrister. As a parliamentarian, his career reached its peak when he was unanimously elected Speaker of the 14th Lok Sabha. His refusal to submit before the party's dictum gave him a wider acceptance. Despite that, he is an unhappy man.

On Tuesday evening, talking to Business Standard at his Santiniketan abode, he admits, "I have a great regret that I could not die as a CPI-M member." Adding, with a smile, "That (the death) is very near now."

Chatterjee indicates he has been invited to campaign for some of his former comrades. As if in confirmation, Goutam Deb, a CPI -M central committee member, and a candidate in the election from Dum Dum, announced in Siliguri that he had invited Chatterjee to address voters in his area. And, that efforts were on to bring Somnath back to party's fold.

In 2009, too, on the eve of the general elections, CPI-M politburo member and Bengal Chief Minister  Buddhadeb Bhattacharjee had similarly indicated Chatterjee would be brought back. But nothing was done to that effect.

It is to be seen if Deb's assertion has his party's endorsement or was just a reflection of the desperation among a section of CPI-M leaders in Bengal in the face of possible disaster in the crucial assembly election.

If the party allows this expelled member, who had defied the leadership on a very serious issue and acted against its will, to share its platform in this political battle, it would indicate admission of a past blunder and rekindle hope for rapprochement in the near future.

Alternately, it might give rise to a power struggle within the party in the aftermath of the election, where the Prakash Karat-led politburo might face serious revolt against it from a section of middle level leaders like Deb. The case of Chatterjee will be one of the issues used against the leadership as instances of wrong judgement and heavy-handed treatment to its own people.

Somnath had to leave the party when, as a Speaker, he had to take a position on the question of the CPI-M withdrawing support from the UPA-1 government.

He is unrepentant, saying the decision to withdraw support from the government on the issue of the US nuclear deal was not prudent.

"I said, (to the party leaders) go on opposing it, but don't withdraw support. Withdrawal will strengthen Bharatiya Janata Party/Samajwadi Party. After all, the Left, while supporting the UPA, did play a major role in serving the people on pension, insurance and other issues," he said.

Adding: "I felt, the consequences won't be good, either for the Left or for West Bengal. The result of the 2008 panchayat election indicated some people were losing faith on us. The opposition won two zilla parishads. There was an ominous sign. Unfortunately, I am proved correct." 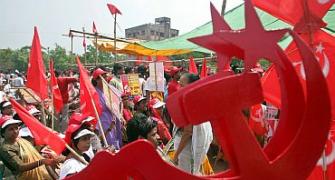 Buddha set to 'follow' Mamata's footsteps
TMC has no chance of winning: Buddhadeb
Ready to enact Lokpal Bill in next session: Pranab

None can stop us from returning to power: Buddha