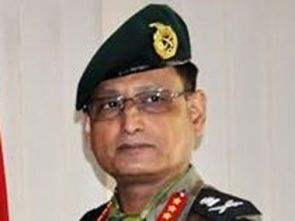 The waving of Islamic State in Iraq and Syria flags in Kashmir is a matter of concern and "deserves the highest attention of the security agencies" so that the Valley youth are prevented from being lured into the ranks of the jihadist organisation, a top army official said on Wednesday.

The comments by the General Officer Commanding of the Army's 15 Corps, Lt Gen. Subrata Saha, come a day after Chief Minister Omar Abdullah rubbished the appearance of the jihadist group's flags in the Valley as an act of "some idiots".

Lt Gen Saha, while noting that the ability of the ISIS to attract a large number of volunteers was a cause of worry, said that concerted efforts have to be made to secure the "right to prosperity" of the youth in the Valley if they were to be kept away from the path of terror.

"The emergence of the ISIS flags (during protests) merits concern and deserves the highest attention of the security agencies to prevent the youth of Kashmir from getting lured (into ISIS)," Saha told PTI.

"The ability of ISIS to attract large number of volunteers is a matter of concern. There are believed to be 10,000 to 15,000 volunteers at present fighting for ISIS. The fanaticism shown by the fighters is also a cause," he added.

A protester was seen waving an ISIS flag last week after Eid prayers whereas in July, too, a similar incident had occurred in the Valley.

Speaking to reporters in Delhi on Tuesday, Omar had said, "You have to understand that no ISIS group has been identified so far in the Valley. The flag... was waved by some idiots, which does not mean that ISIS has any presence in Kashmir. Unfortunately, some channels have tried to make an issue out of this and drag me into this as if we are not doing anything about it."

Asked about Omar's comments on the matter, Saha said he was "not aware about the contents of the statement made by the chief minister".

Saha refused to divulge any information about the presence or absence of ISIS recruits in Kashmir "for obvious reasons", but asserted that media reports about some youths from other parts of the country joining the group were worrisome.

"Media reports have suggested that some youths from Mumbai and Hyderabad had joined the ISIS. There was even a report about a Kashmiri-origin youth living somewhere else (Australia) having joined," he said.

In such a scenario, Saha said, security agencies have "to be conscious of any indicators" about the ISIS ideology finding takers in Kashmir as the ISIS ideology "also has a potential of creating sectarian divide".

He said that it cannot be entirely ruled out that there is no movement on the ground about the ISIS. Asked what steps need to be taken to pull youths away from the lure of ISIS, the army officer said that "the biggest counter is to ensure that the youth are positively engaged".

"There have to be concerted efforts to secure the future of the youth... ensure their right to prosperity. Once this is done, they will be dissuaded from the temptations of this propaganda," Saha said.