Congress leader Rahul Gandhi on Friday played cricket with local boys in Rewari after his chopper made an emergency landing at the KLP College ground due to inclement weather.

Gandhi, who addressed an election rally at Mahendragarh, was returning to Delhi when the chopper was forced to make the emergency landing due to poor weather conditions.

Getting down from his chopper, Gandhi decided to play cricket with the local youth.

He batted and displayed his cricketing skills with some attacking drives.

The 49-year-old leader later travelled to Delhi by road. 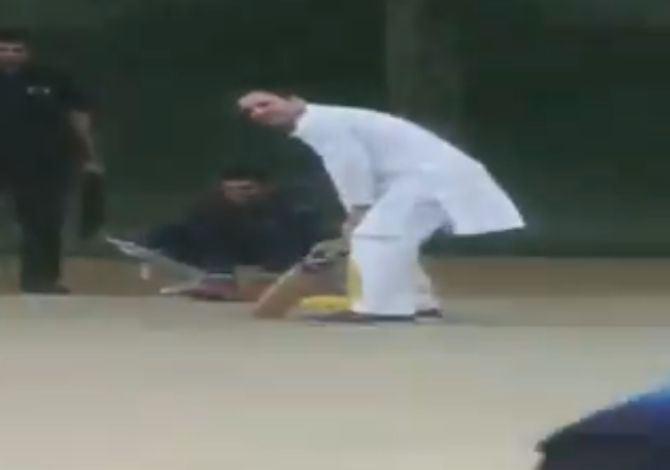