Speaking on the sidelines of the second Nuclear Security Summit in Seoul, South Korea, Khar said that merely talking about reducing a trust deficit was not enough for the two neighbouring nations and its citizens.

"We should not just talk about reducing the trust deficit. We should engage in a result-orientated process of dialogue, so that our people can be confident of the resolution of our major issues coming through dialogue," Khar said.

Rabbani pointed out that Pakistan Prime Minister Yousaf Raza Gilani had a meeting with his Indian counterpart, Dr Manmohan Singh on the sidelines of the summit.

"The interaction between the two prime ministers focused around the dialogue process between the two countries and the duo hoped that the process is more result-oriented. This is a positive sign," she said.

"What is also essential for the progress of the dialogue is the stand adopted by the political leadership in both the countries. What it does is it shows the political will and desire to resolve outstanding issues," she added.

Reflecting on a recent announcement made by her Indian counterpart S.M. Krishna, who said he would visit Pakistan in the summer, Khar added regional forums such as the South Asian Association for Regional Cooperation needed to be strengthened as their focus had been hampered by strained ties.

"I would like to mention SAARC, because SAARC is an exceptionally important forum, which we feel has been held back rather than propelled forward by the India-Pakistan issues," added Khar.

India and Pakistan have fought three wars since gaining independence in 1947 and remain deeply distrustful of each other.

For India, security is at the top of the agenda. Until now, it has refused to resume a series of talks until Pakistan takes more stringent action against Pakistan-based terror groups. In particular, India wants Pakistan to show it is serious in reining in the terrorists behind the 2008 Mumbai attacks.

For its part, Islamabad accuses New Delhi of backing separatists in its Baluchistan province and funding Pakistani Taliban groups, charges which India denies. 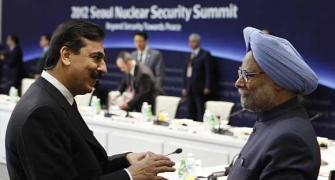 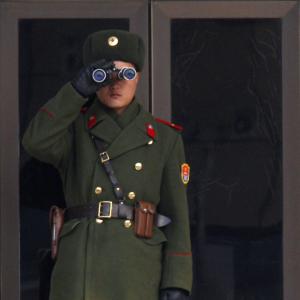 When Bush came, they polished their shoes with the US flag